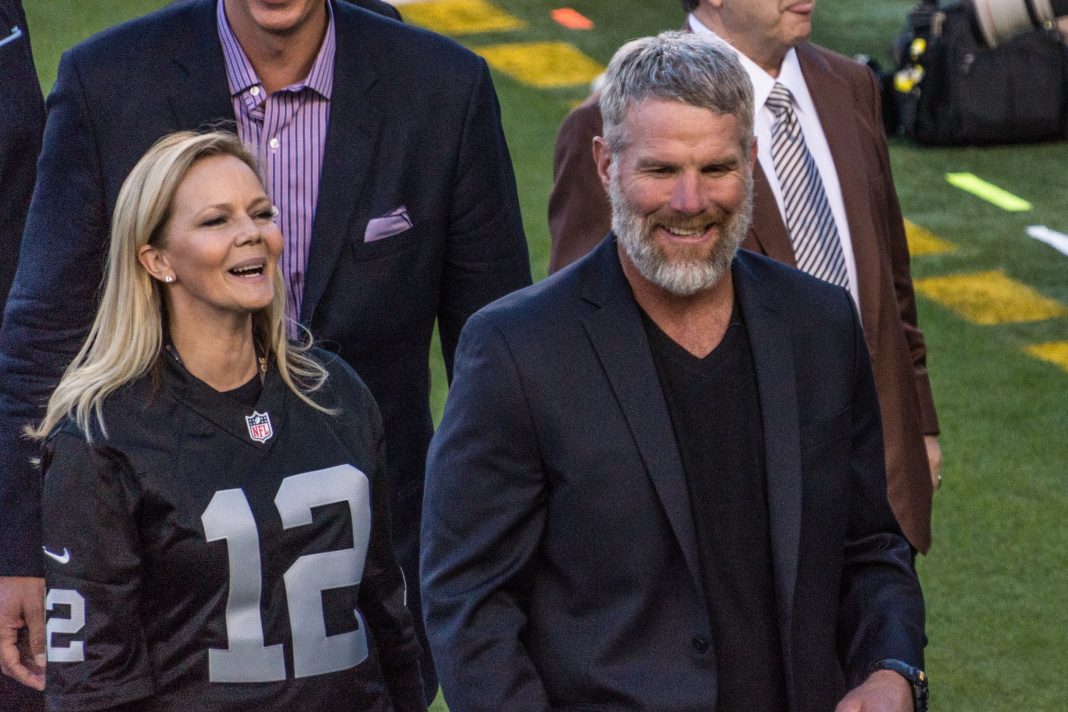 Ok, so maybe this scandal isn’t as bad as when Favre was *allegedly* sending explicit pics to that Jets’ reporter, Jenn Sterger.

On a side note, did y’all know she’s married to former minor league First Baseman Cody Decker? Yeah, we don’t know who he is either.

Anyway . . . Brett Favre’s name is back in the news for all the wrong reasons after news of this scandal broke.

During an audit of questionable welfare spending by the Mississippi Department of Human Services, the Mississippi state auditor’s team stumbled across $1.1 million that was paid to Brett Favre’s nonprofit group for several speaking engagements, a radio appearance, and a keynote address.

The only problem? Favre never spoke at or appeared at the events. Ouch.

The revelation was part of a broader investigation that revealed nearly $100 million of money intended for poor Mississippians was instead directed toward lobbyists, concert and sports tickets.

Favre for his part responded quicker than he did to Stern’s allegations – maybe he recalled the $50,000 fine he received from the NFL for his failure to cooperate – and promptly wrote a check to the state.

“Today my office has received $500,000 from Brett Favre in repayment for TANF [Temporary Assistance for Needy Families] money he was paid through MCEC and a commitment to repay the remainder in installments over the next few months …”

Mississippi State Auditor Shad White said in a statement cited by CBS Jackson, Mississippi, affiliate WJTV. “I want to applaud Mr. Favre for his good faith effort to make this right and make the taxpayers and TANF families whole.”

Favre defended himself on Twitter, saying: “My agent is often approached by different products and brands for me to appear in one way or another. This request was no different, and I did numerous ads for Families First.”

“I have never received monies for obligations I didn’t meet,” Favre added. “To reiterate Auditors White’s statement, I was unaware that the money being dispersed was paid for out of funds not intended for that purpose, and because of that I am refunding the full amount back to Mississippi.”

“I have spent my entire career helping children through Favre 4 Hope donating nearly $10 million to underserved and underprivileged children in Mississippi and Wisconsin,” he said.

Fox News noted six people are facing criminal charges from the scandal – Brett Favre is not among them.