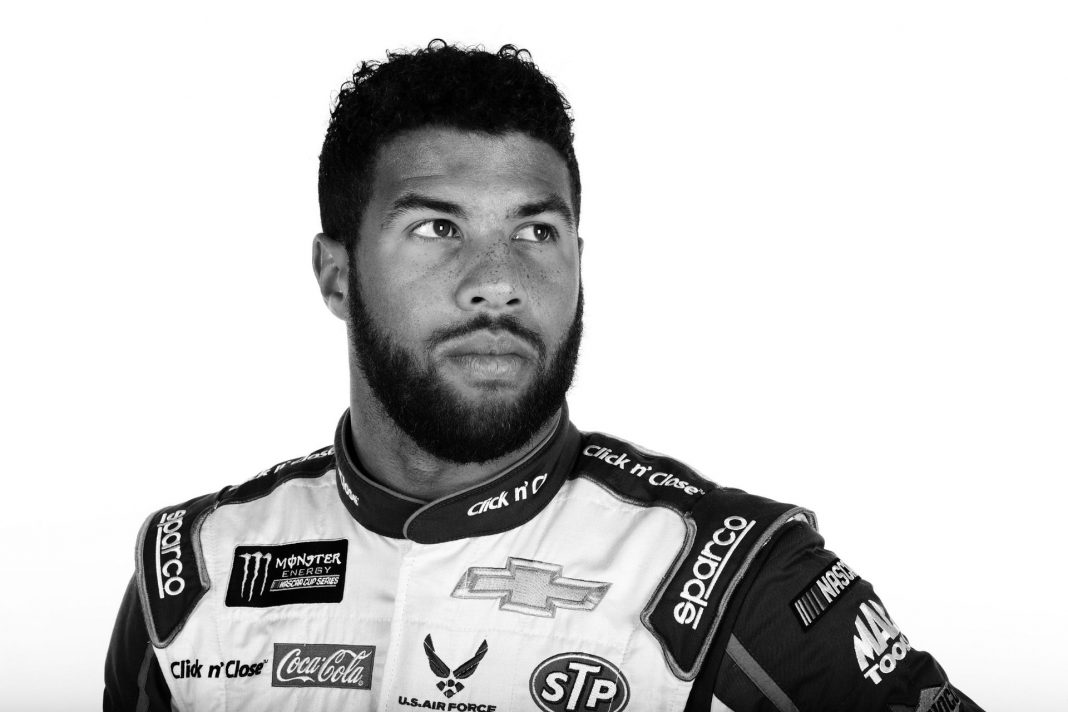 Bubba Wallace is hands down the most controversial driver in NASCAR today.

Fans booed Wallace LOUDLY when his name was announced at the Bristol Night Race this season.

In a new ad from Root Insurance entitled “Unapologetic,” Wallace is portrayed as a hero conquering NASCAR’s bigoted fans and – of course – the worst villain of all: President Trump.

The ad tells a counterfactual narrative of Wallace’s 2020 racing season, starting with Wallace calling out fans as racist for flying the rebel flag as a symbol of southern pride to rehashing the noose hoax as if it were an actual noose, instead of a garage pull rope with a loop tied in the end.

Throughout the spot, the camera is zoomed in on Wallace as he speeds around a race track while rebel flags, Trump’s tweet, and yes – a noose – flash by on the screen until Wallace ultimately walks past a group of reporters when one shoves a camera in his face to ask whether he’d apologize for portraying NASCAR’s drivers, pit crews, and fans as racist backwater rednecks – rather than answer, Wallace is seen turning and walking away.

What an absolute joke.

While the “woke” sports media is loving the new spot, it’s sure to piss off more longtime NASCAR fans than it wins over.

NASCAR is loving the controversy, hoping to make up in corporate cash and new sponsorships from embracing “woke” political activism what it loses from alienating and deliberately driving away its once loyal fan base.

If the new ad is an example of what racing fans can expect to see from Denny Hamlin and Michael Jordan’s new 23XI Racing team, it may leave many of them turned off than revved up.

Take a look at the ad below and let us know your thoughts on Twitter: @SportswithBalls