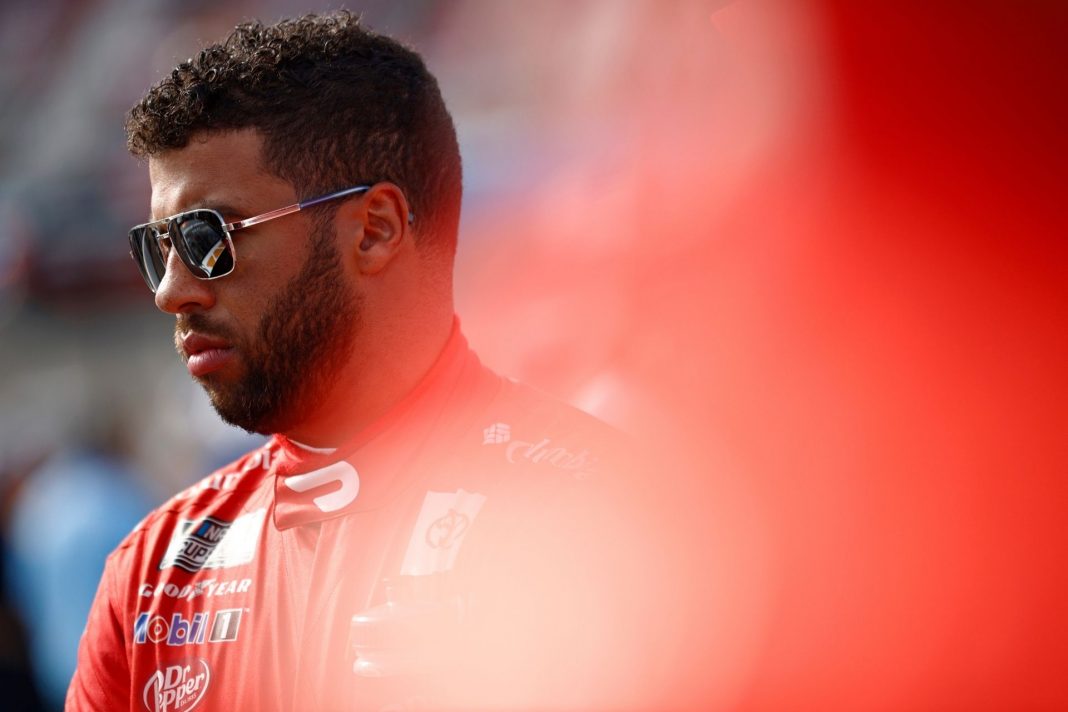 We all know Bubba Wallace is nothing more than a driver who is trying to take the woke outrage mob route to get his five minutes of fame.

But even with all his past antics this is by far the worst thing he has done yet.

And Bubba Wallace just made Black Lives Matter grin ear-to-ear after what he said about Kyle Rittenhouse.

As a NASCAR fan, don’t you just miss Dale Earnhardt?

The man was NASCAR and when he died everything started a slow decline for the racing league.

And at the bottom of the grave for NASCAR’s fall from prominence is Bubba Wallace.

The kid is everything that is wrong in NASCAR.

Wallace is arrogant for no reason.

It isn’t like he has shown his dominance on the track yet.

But even though he sucks on the track, his off the track antics are just as bad as they come.

Remember when he faked the “noose” in Talladega?

Bubba Wallace: "Someone put a noose in my garage. Racism!"

NASCAR: "It's a garage door rope tie, and they all have one."

This is your epidemic of racism. 🤡 pic.twitter.com/BucW8h9ioL

Seems like he has never been in a NASCAR garage before with pull ropes tied into a knot.

And he has done everything in his power to back Black Lives Matter whenever he gets the chance.

Hell, he has even personally attacked President Trump before.

To the next generation and little ones following my foot steps..#LoveWins pic.twitter.com/tVaV3pkdLe

But of everything he has done, this is by far the worst thing yet.

By now you should know about Kyle Rittenhouse’s acquittal in the clearest case of self-defense in modern criminal law.

Well, leave it to Bubba Wallace to bash Rittenhouse and to make it, like everything else, about race.

In a tweet about the acquittal Wallace claimed, “Ha, let the boy be black and it would’ve been life… hell he would’ve had his life taken before the bullshit trial… Sad.”

Ha, let the boy be black and it would’ve been life…hell he would’ve had his life taken before the bullshit trial.. sad

NASCAR will never be anything close to what it was with woke outrage mob puppets like Bubba Wallace involved in the racing league.