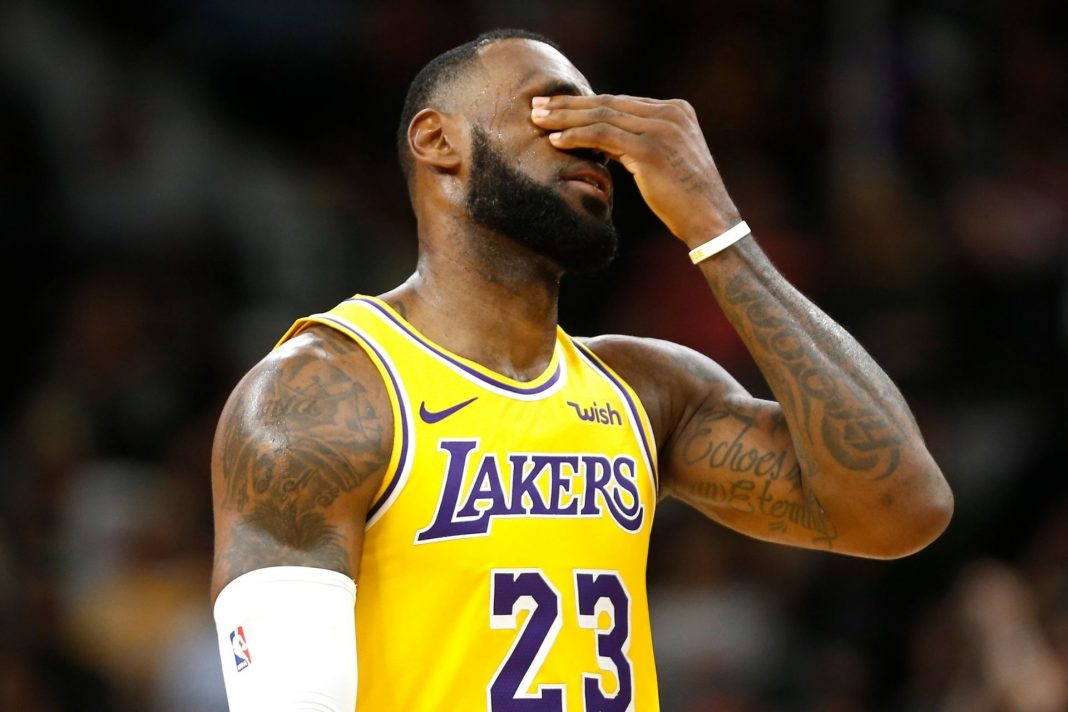 LeBron James has turned his back on America to bend the knee to Communist China.

But LeBron’s backstabbing of our nation just came back to bite him.

That’s because China just screwed over LeBron James and it could cost him millions.

LeBron James isn’t one of the most hated NBA players in history for no reason.

The guy takes every chance he can to demonize his own nation and to attack his fellow citizens.

LeBron was one of the biggest feeders of the fake Black Lives Matter narrative last summer.

He even threatened a police officer earlier this year for doing his job.

And he has attacked America as being racist by claiming that we have “two Americas.”

"We live in two Americas… and if you don't understand that or don't see that then you really need to take a step back." 🎯🗣@KingJames shares his reaction to the attack on Capitol Hill this week (via @NBAonTNT)pic.twitter.com/L28sdVK0B9

While he attacks his own nation, he has viciously defended China on numerous occasions.

LeBron James speaks for the first time since the NBA's trip to China, says Rockets GM Daryl Morey was "misinformed" about the ramifications of his tweet, and "not educated about the situation." Here are LeBron's comments in full: pic.twitter.com/Rwjnchm2w3

Well, now it is clear that China could care less about LeBron James and he is paying the price.

LeBron James’ new mediocre movie Space Jam: A New Legacy just got denied access to Chinese markets by the Chinese Communist Party, which could spell financial trouble for the movie.

According to Outkick founder and radio host Clay Travis, the move will leave the movie deep in the red.

Travis tweeted out, “Despite LeBron James shutting up & dribbling for Chairman Xi, China still won’t allow Space Jam 2 to air, meaning the movie is likely to lose several hundred million dollars. Should be a massive story. LeBron bent the knee & China still spurned him. Yet media isn’t covering it.”

He continued to break it down more by tweeting, “Space Jam 2 cost $200 million to make and market and will likely only make $60-70 million without China. Meaning LeBron’s movie will lose over a hundred million dollars, at least. China blocking the movie is a huge story. But no one is even discussing it in media. Strange.”

LeBron ripped the first amendment in the US, declined to speak up for basic human rights in China, & shut up and dribbled for Chairman Xi all to get Space Jam 2 on in China. And now LeBron won’t even talk about his movie being banned. Because he’s still afraid of upsetting China.

Many of us can only hope for the movie to flop.

Hopefully LeBron learns the hard way that kissing Communist China’s ass gets you nothing.