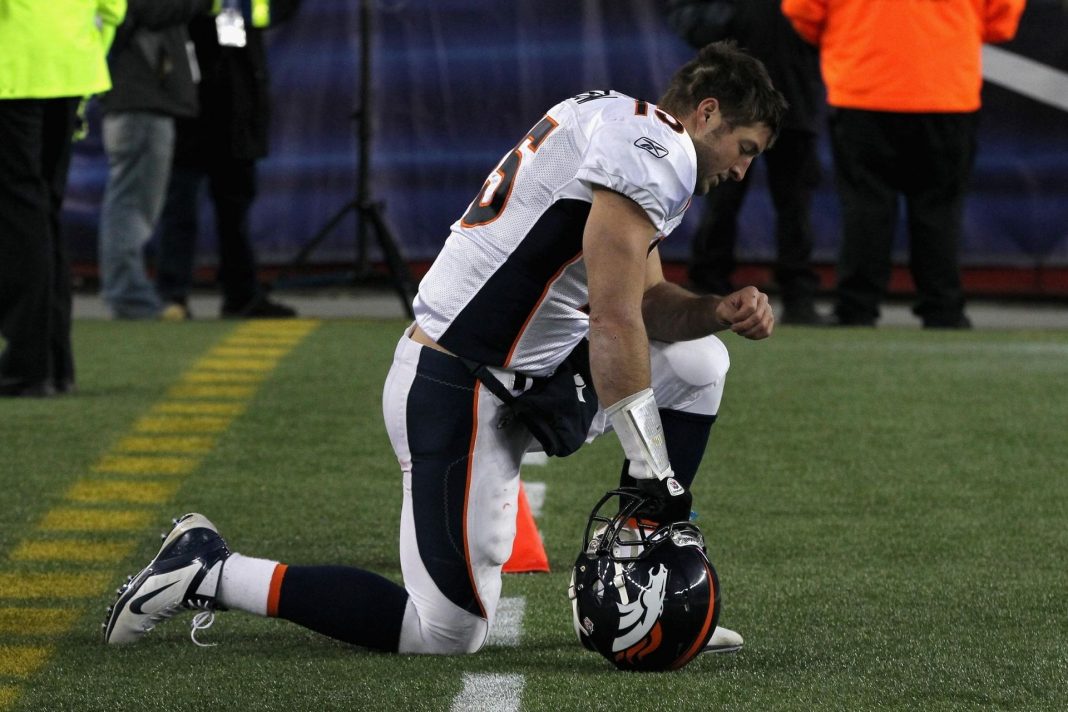 The Jacksonville Jaguars signing Tim Tebow became one of the biggest stories of the NFL offseason.

But Tebow’s attempt to make the team as a tight end took a surprising twist.

And coaches just revealed the one thing that could end Tim Tebow’s NFL comeback story.

Tebow’s former college coach Urban Meyer brought in Tebow to the Jaguars training camp on a league minimum contract with the chance to make the Jags as a backup tight end.

But since Tim Tebow has such a large fan following, a position battle for a fourth string tight end spot became one of the most talked about stories in the league with everyone from ESPN’s Stephen A. Smith to NBA commentator Charles Barkley weighing in.

And that fan crush and corresponding media attention could be what keeps Tebow off the Jaguars 53 man roster when the 2021 season kicks off.

Sports Illustrated’s Albert Breer reported that coaches from Tebow’s previous stops said the only negative about having Tebow around is the media swarm that follows and the distractions it can create.

In his Monday Morning Quarterback column, Breer noted that none of the coaches accused Tebow of fueling the hype machine, but that Tebow didn’t do anything to lower the media temperature.

That’s good. Because if there’s one common complaint I’ve heard from his past coaches about it, it’s not that he’s actively fueling it. Moreso, it’s that he doesn’t do anything to calm it down. And not talking is probably the best thing he can do to calm it down. For now, anyway.

NFL teams depend on a single-minded focus by every player on the roster towards winning.

Tim Tebow’s never been anything other than a team first player.

But the fourth string tight end also can’t be the focus of the media swarm in the locker room.

There is no doubt Coach Meyer believes Tebow can help him turnaround the Jaguars by helping to change the franchise’s culture.

And the main impediment to Tebow earning a roster spot will be other players being bombarded with questions from the media about the backup tight end.