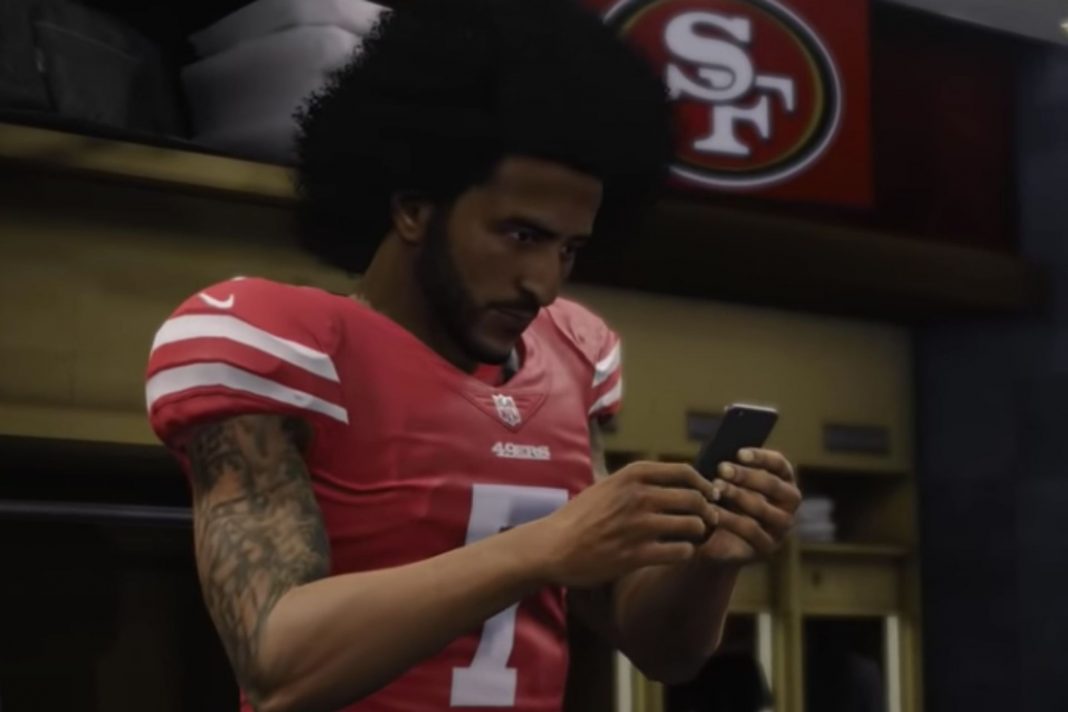 With the NFL season set to kick off on Thursday, Kaepernick is about to make a return of sorts.

And Colin Kaepernick is back in a NFL uniform in the most unexpected way ever.

Not only did EA Sports claim Kaepernick is a starting caliber NFL quarterback – if he was a team would have signed him given how QB-desperate the NFL is – the video game maker handed Kaepernick a player rating higher than 17 other *actual* starting quarterbacks in the league.

Mind you, Kaepernick last played in the NFL in 2016, where he lost his starting job with the 49ers to the “immortal” Blaine Gabbert.

But EA Sports wasn’t done with its virtue signaling.

In the game, players can perform special end zone celebrations.

If players score a touchdown with Colin Kaepernick, the special celebration is Kaepernick performing the racist black power salute by raising a fist in the air.

To be clear, there was about as much demand to see Colin Kaepernick as a playable character in Madden as there was among NFL teams to sign him to a contract.

This is just more cheap corporate virtue signaling in a summer where companies could not wait to fork over tens of millions of dollars to fund the Marxist Black Lives Matter movement.

EA Sports wants to get off cheap without having to pay any extortion fees to BLM so instead they tried to show “woke” they are by putting Kaepernick in the latest edition of Madden Football.