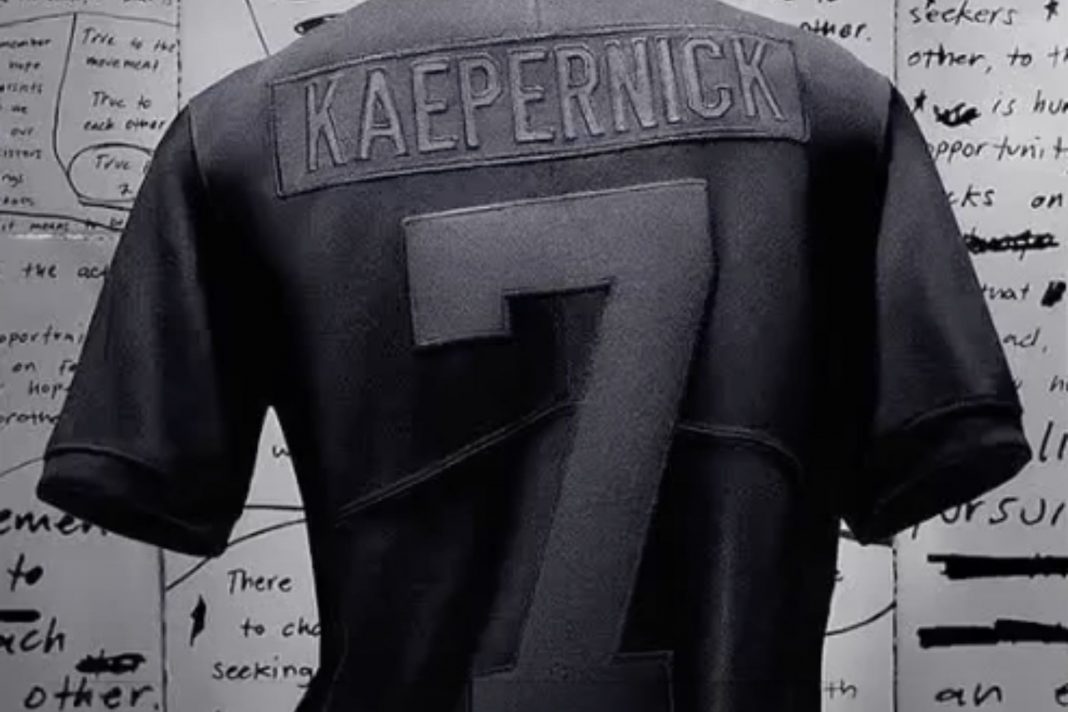 Colin Kaepernick has been out of football for three years now.

Millions of sports fans have tried to forget him.

But Colin Kaepernick just found a big surprise about this year’s football season.

Colin Kaepernick put American sports – and especially the National Football Leagues – on a self-destructive course of becoming woke political propaganda machines by kneeling for the national anthem back in 2016.

To commemorate the four year anniversary of his protest, Nike is releasing an all-black #7 Colin Kaepernick jersey right in time for the kickoff of the 2020 football season.

Nike wrote upon the release of the jersey:

Through his continuous commitment, the number 7 jersey has become an iconic symbol for progress and positive change. Colin and Nike team up together once again, this time with a Triple Black jersey, paying homage to the anniversary of Kaepernick seeking what’s true.

True to each other. True to the movement. True to 7.

The last thing the NFL needs is more attention on the national anthem protest and Colin Kaepernick.

Ratings were down massively for the league’s showcase primetime games on Thursday, Sunday and Monday night.

The late game doubleheader on Fox between the Tampa Bay Buccaneers and the New Orleans Saints did see an increase in viewership, but that was due to the curiosity factor of seeing Tom Brady play for a team other than the New England Patriots for the first time since his senior year in Michigan back in 1999.

In addition to Nike’s jersey stunt, EA Sports made Kaepernick a playable character in the latest version of their popular Madden Football game.

It costs these companies nothing to kneel before the mob.

But the more they remind sports fans that football games are now exercises in political protests the more viewers they turn off.

And that is bad news for the NFL.