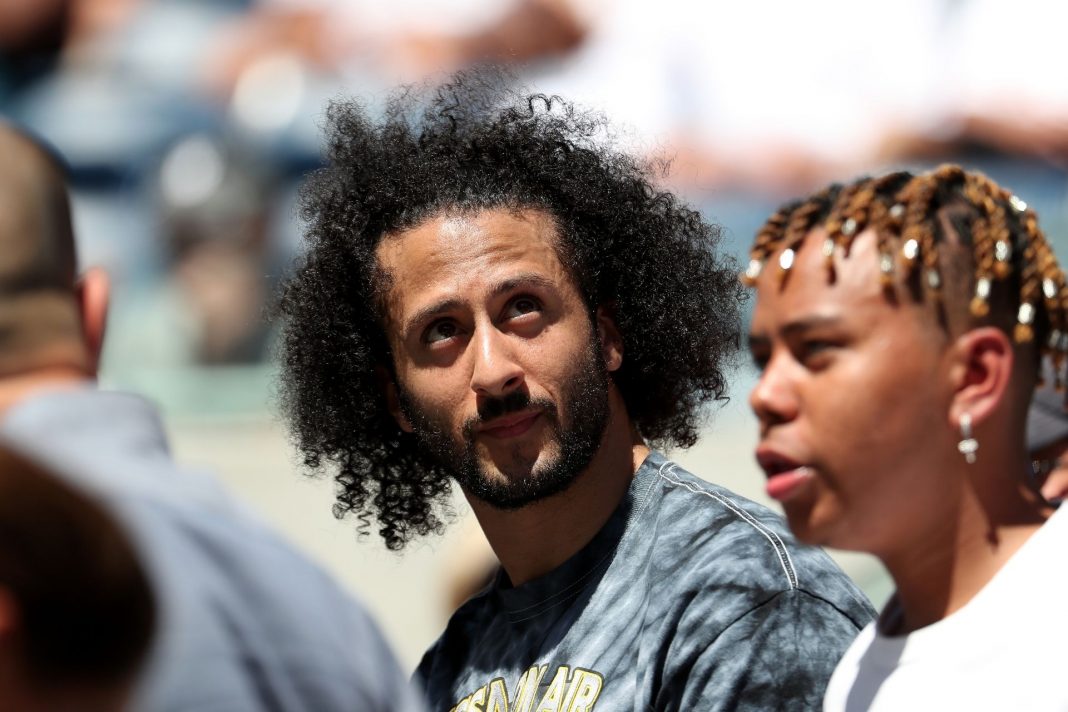 Colin Kaepernick did considerable damage to the NFL with his anti-American anthem protest.

Now Hollywood is giving the former quarterback a megaphone to spread his hateful message.

And Kaepernick just made a big announcement about his new Netflix propaganda series.

Colin Kaepernick signed a deal with Netflix to produce a series on his life as a biracial child raised by an adoptive white family, and how that put him on the path to becoming a far-left revolutionary.

The series is moving along, and Kaepernick and director Ava Duvernay just announced actor Jaden Michael as the lead.

I never thought I would be casting a young me in a show about my life. I can’t wait for the world to see @ItsJadenMichael be an all-star on @netflix #ColinInBlackAndWhite @ava pic.twitter.com/ygb4F4kgM5

Prior to kneeling for the anthem, Kaepernick seemed amiable and proudly Christian.

But ever since being indoctrinated while taking classes as Berkeley, Kaepernick has transformed into a 1960s radical.

The series will somehow have to bridge his relatively well-to-do, suburban upbringing to his revolutionary Marxist present.

Kaepernick went to college for free on an athletic scholarship, and was even scouted by Ivy Leagues to play baseball.

His childhood is not the story of oppression.

Kaepernick is currently spearheading an effort to abolish prisons and police departments by writing and promoting essays on related topics.

One of the articles he championed was by 1970s radical Angela Davis, a literal communist who ran for vice president on the Communist Party USA ticket in 1980 and 1984.

For all of Kaepernick’s defenders who said his national anthem stance was never about tearing down America, all his actions suggest otherwise.

Author Eric Hoffer once said, “Every great cause begins as a movement, becomes a business, and eventually degenerates into a racket.”

It seems Kaepernick has reached the “racket” phase of his movement.