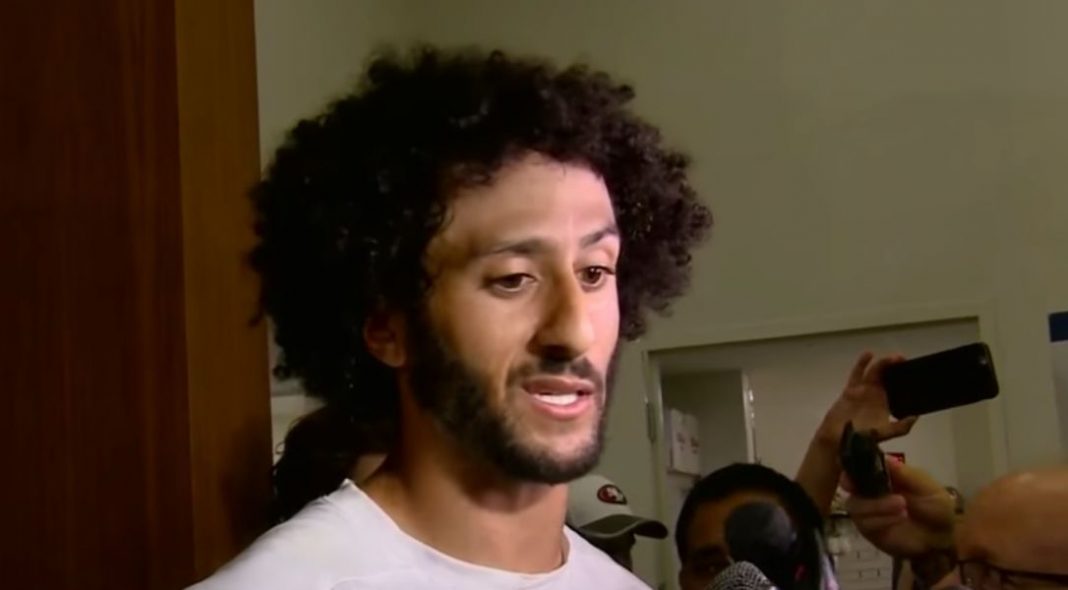 The ringleader of the anti-American national anthem protest may be set for his biggest coming out party yet.

And now Colin Kaepernick may get one big honor that will leave NFL fans speechless.

Takeo Spikes played 15 years in the NFL for five teams, making the Pro Bowl twice and the All Pro team once.

Spikes was one of the most respected players of his generation after being drafted in the first round of the 1998 NFL draft out of Auburn.

In an interview with NBC Sports Bay Area, Spikes kicked off a campaign to have the Smithsonian erect a statue for Colin Kaepernick.

“I truly believe that he deserves some type of monument, a statue in the Smithsonian in D.C,” Spikes stated.

Spikes advanced the mythology that somehow Kaepernick put it all on the line by kneeling for the national anthem.

“But I applaud him simply because he decided to take a stand,” Spikes continued. “He decided to draw a line in the sand and say look, ‘I can make the money, I can live a carefree life for the most part and get paid handsomely and never say a thing because I’m not affected.’”

Spikes then advanced the second lie that there is an epidemic of police killing innocent black men for sport.

“But he took time to look back and really just see the big picture, the spectrum when we talk about the inequalities. He decided to not only call it out but take a stand for it,” Spikes added.

Colin Kaepernick signed a big money contract with Nike to be a brand ambassador.

Netflix hired A-list Hollywood director Ana DuVernay to create a series based on his life.

And Kaeperkick just announced his intentions to start up a $250 million fund to fight for “social justice.”

Kaepernick is going to end up more famous and wealthier following his protest than he would have kicking around the NFL as a mediocre backup quarterback.

Sports with Balls will keep you up-to-date on any new developments in this major story.