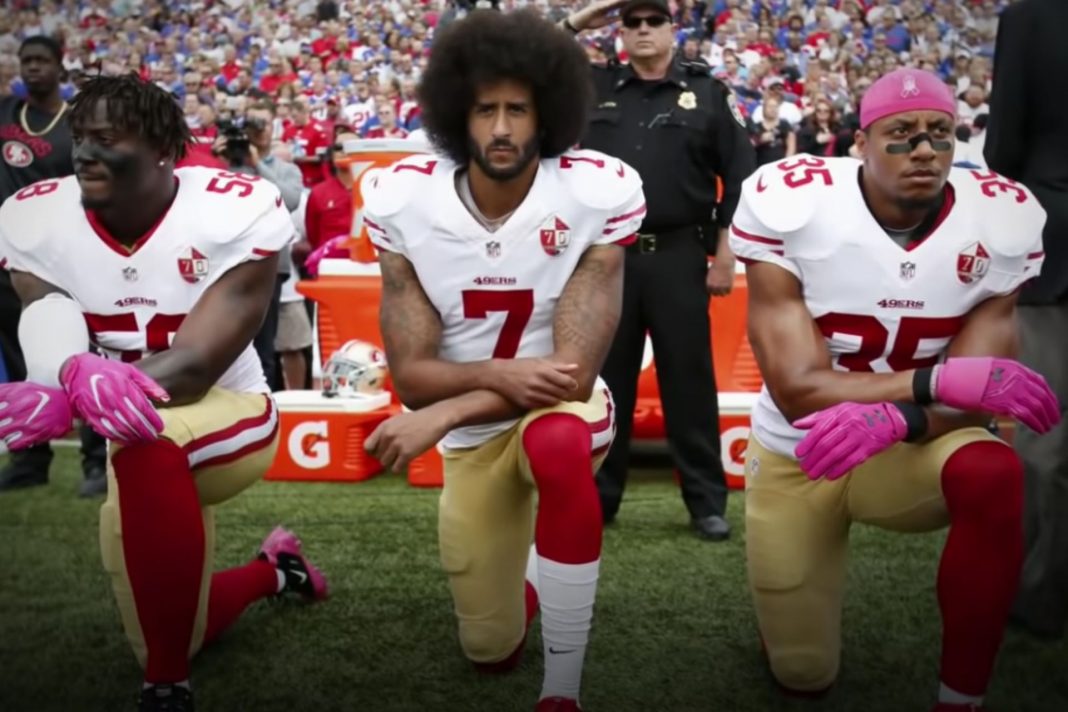 Colin Kaepernick’s name is still in the news.

And once again it’s not because some NFL team signed him.

But Colin Kaepernick received an honor that is the last thing he ever expected.

Since no one buys CDs anymore the industry has shifted to dropping albums for download with no promotion to try and generate hype and streaming sales.

In the late 90s and early 2000s Eminem’s raps were edgy, but as time passed, he began to change his music to fit in with the politically correct social justice movement where he would no longer insult sacred cows on the Left like feminists and instead trained his ire on Donald Trump and his supporters.

Breitbart reports that “In the track ‘Black Magic,’ the rapper compares himself to Kaepernick in a duet with Skylar Grey in which he riffs on his love-hate relationship with a woman. ‘But I ain’t gonna stand for that shit, like Kaep for the national anthem,’ he says in the single, which turns increasingly violent and disturbing.”

Eminem has not given up profanity in his lyrics although he has dropped any language that homosexuals find offensive.

But like most hip hop entertainers, Eminem abandoned his anti-establishment tone and posture to instead act as a cultural enforcer of the Left’s social justice norms.

That means he opposes Donald Trump, supports Colin Kaepernick, and praises the idea of athletes kneeling for the national anthem.

One of the biggest sea changes ever in American life occurred over the last four years because of the Left’s hatred for Donald Trump has been the realignment of institutions as bulwarks for the Democrat Party’s ever increasingly strident and extreme cultural liberalism.