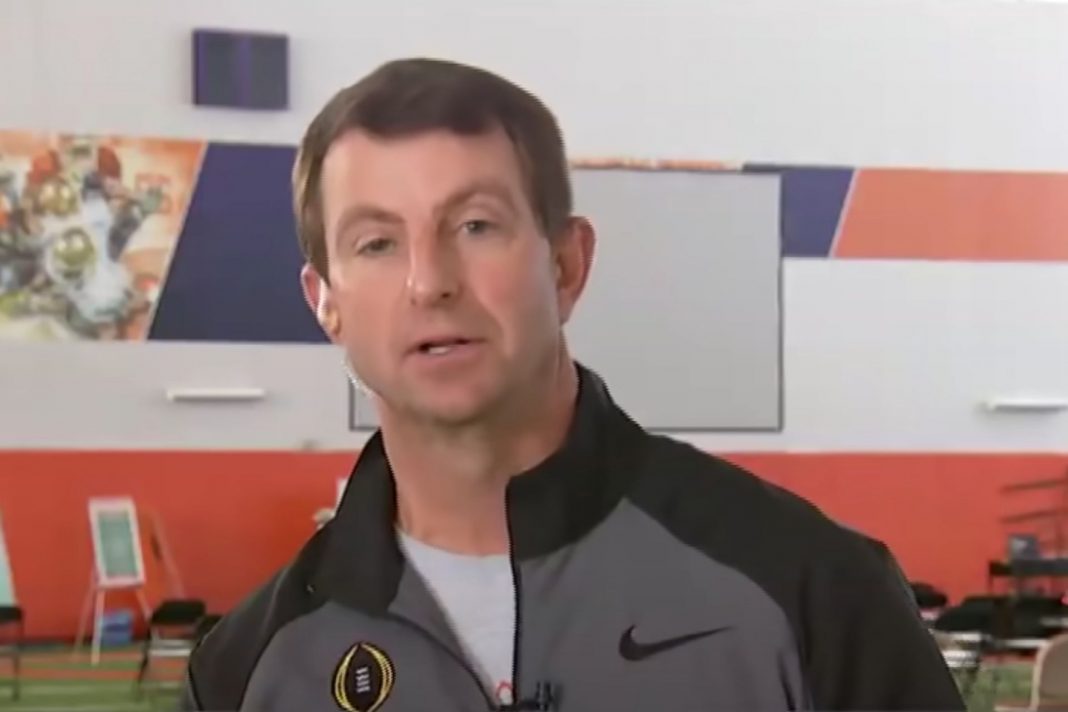 Obviously, a lot has changed throughout sports over the course of the past year.

But one thing that hasn’t changed is the competitive drive that fuels major sports, especially the coaches who have made it their life’s work.

And that competitive drive has been on full display in college football over the past few weeks, as coaches are taking shots at each other’s teams left and right . . . And it’s awesome!

As Sports with Balls pointed out last week when all the drama began, it’s not uncommon for college football coaches to put on their politician hats and attempt to make the case for their team to be selected for the College Football Playoff or a better bowl game while trashing their main competition.

Case in point, a little over a week ago, Clemson head coach Dabo Swinney masterfully made his team’s case for the playoffs while absolutely sewering Ohio State, and he never even mentioned the Buckeyes by name.

But rather than just lashing out at Clemson, Day decided to up the ante and start firing shots at all three of the other teams that will play in the College Football Playoff during the Buckeyes locker room celebration after winning the Big Ten Championship.

“I’m just telling you right now,” Day told his team. “You give us one game against Clemson, against ‘Bama or against Notre Dame, we’re gonna [expletive] beat their ass . . . I promise you.”

Needless to say, the clip of Day’s guarantee will undoubtedly become bulletin board material for any of the three teams they face in the playoff.

Not to be outdone, though, Dabo Swinney decided to dip his toe back into the trash talk, once again taking a subtle shot at Ohio State.

While the rest of the coaches who take part in the USA Today Coaches Poll all had the Buckeyes within the top six teams in the country, Swinney went another direction with his poll.

No, Dabo Swinney ranked Ohio State, a team that is the third ranked team in the country according to most every other poll, 11th.

You just have to love how petty college football coaches can be.

There’s no denying the fact that the College Football Playoff was already going to be appointment television.

These matchups didn’t need any more hype, and we certainly didn’t need more reason to watch.

But thanks to guys like Dabo Swinney and Ryan we got all of that and more.