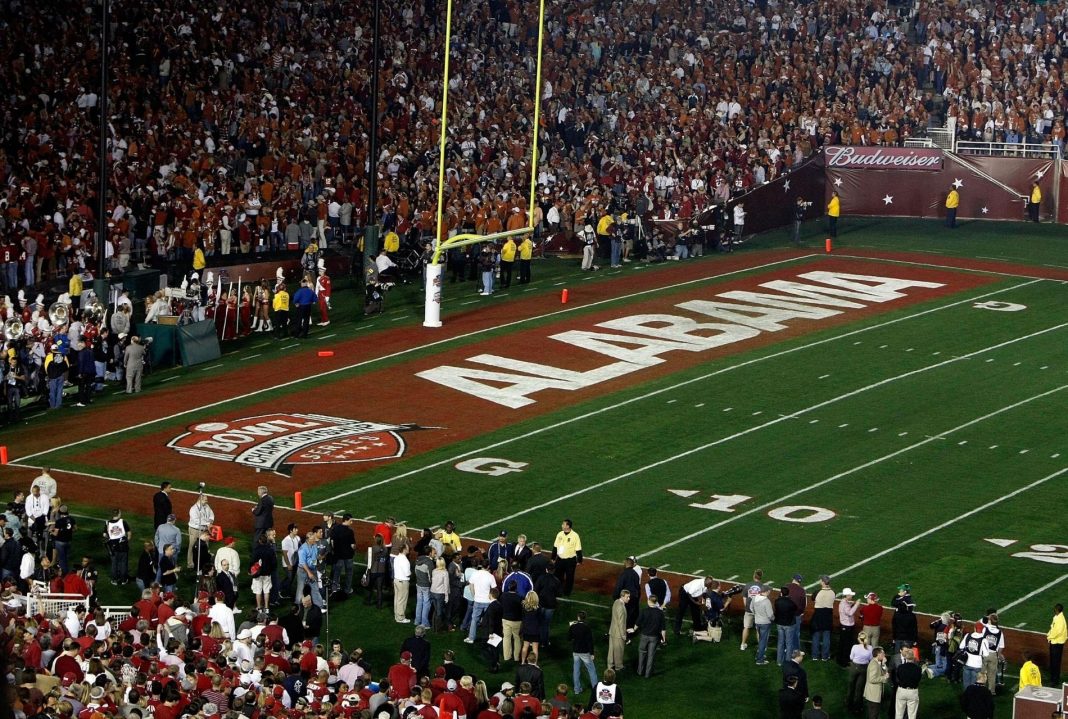 College football players, fans, and coaches have been in limbo about the status of the 2020 season.

University Presidents are under fire from the Fake News Media to not play football this fall.

And College football fans couldn’t believe this news about canceling the season.

College football is in danger.

Commissioners of the Power 5 conferences met over the weekend and discussed cancelling the season over the coronavirus pandemic.

Commissioners of the Power 5 conference met Sunday night to discuss if the fall season could be played as health concerns grow amid the coronavirus pandemic, according to the Associated Press.

Big 12 Commissioner Bob Bowlsby told the AP that no decisions have been made, but said the outlook has not improved.

Clemson star quarterback Trevor Lawrence – who is the favorite for the Heisman trophy and is a near lock to the number one overall pick in next year’s NFL draft – is leading the “We Want to Play” and “We are United” movements of college football players advocating for a safe return for football this fall.

Lawrence has been outspoken about his desire to play one more season at Clemson as well as preventing college presidents – who control the ability of schools to play football – from stealing a year from athletes that they will never get back while also arguing that college athletes are safer on campus and in team facilities where they will be tested regularly and given access to top medical care.

People are at just as much, if not more risk, if we don’t play. Players will all be sent home to their own communities where social distancing is highly unlikely and medical care and expenses will be placed on the families if they were to contract covid19 (1)

Not to mention the players coming from situations that are not good for them/ their future and having to go back to that. Football is a safe haven for so many people. We are more likely to get the virus in everyday life than playing football. Having a season also incentivizes –

Players being safe and taking all of the right precautions to try to avoid contracting covid because the season/ teammates safety is on the line. Without the season, as we’ve seen already, people will not social distance or wear masks and take the proper precautions

Florida Senator Marco Rubio shared statistics from the Sunshine State showing those ages 15 to 24 are at little risk of severe outcomes if they contract the coronavirus.

Answer is to lower their risk of infection & protect their loved ones at high risk pic.twitter.com/L05nmrYg1J

There is no scientific basis for suspending the football season.

Fake news sports writers are pressuring conference commissioners and university presidents to cancel college football because they think it will enrage voters in battleground states like Arizona, Florida, Georgia, Michigan, Ohio, Pennsylvania, Texas, and Wisconsin into blaming President Trump for “mishandling” the pandemic so badly that college football was scrapped.