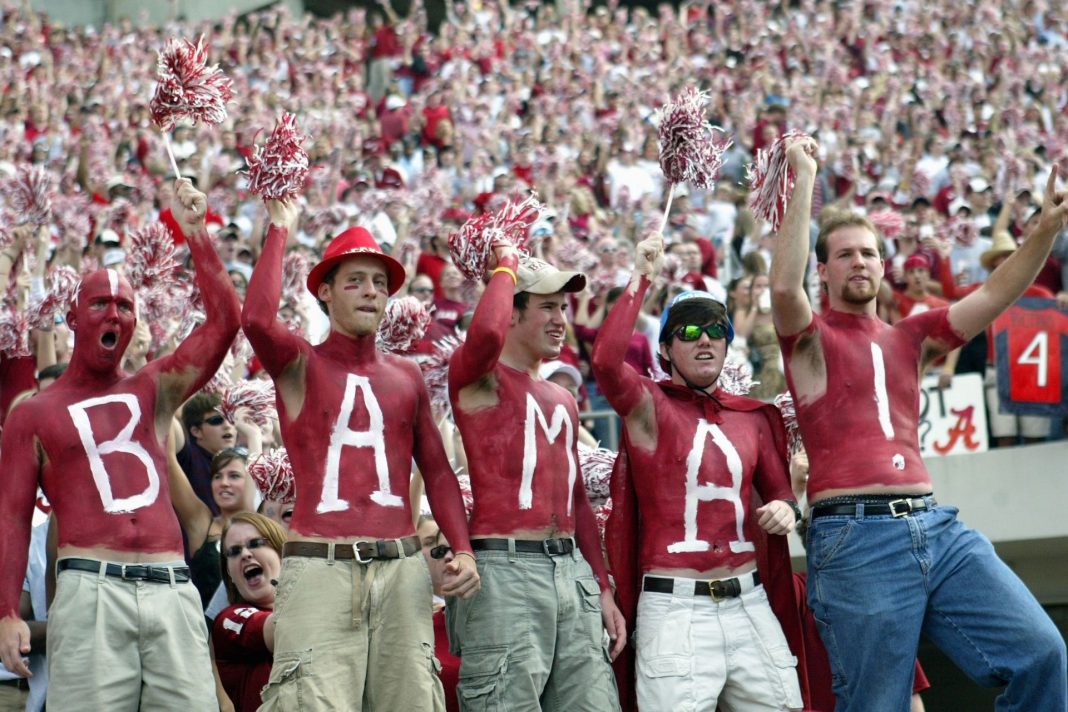 The college football season has been skating on thin ice for months.

Strict COVID-19 procedures ensure that the season could implode at any moment.

And college football fans were left stunned after one shocking announcement.

The rivalry game between the Alabama Crimson Tide and the LSU Tigers has been postponed due to coronavirus protocols.

LSU fell below the requirement of 53 healthy and available players because of positive COVID tests and contact tracing.

LSU already had to reschedule its game with the Florida Gators, so there are no open dates left on the calendar.

The game could be made up on December 19, the day of the SEC Championship game, but Alabama currently sits at 6-0 and is almost certain to be playing in that game.

That means the Alabama and LSU game likely will not happen this year unless there’s major schedule shuffling.

The Clemson Tigers, last season’s runner-up, already had their season put in jeopardy after superstar quarterback Trevor Lawrence missed two games due to the COVID procedures.

Lawrence was forced to watch on the sidelines as his team lost to Notre Dame in an instant classic.

The fact Lawrence was able to travel with the team and engage on the sideline but not participate in the game highlights the absurdity of the COVID rules.

Bama-LSU wasn’t the only game canceled.

A total of nine games won’t be played this week, and four of them are in the SEC.

SEC Commissioner Greg Sankey said, “While it is unfortunate to have multiple postponements in the same week, we began the season with the understanding interruptions to the schedule were possible and we have remained focused throughout the season on the health of everyone around our programs…We must remain vigilant, within our programs and in our communities, to prevent the spread of the virus and to manage activities that contribute to these interruptions.”

The postponement comes just as Joe Biden is on track to be the next president – despite serious voter irregularities – who has already signaled he will be imposing an unconstitutional mask mandate and another round of harsh lockdowns.

The conclusion of the college football season could be in serious trouble with all of these strictures in place.