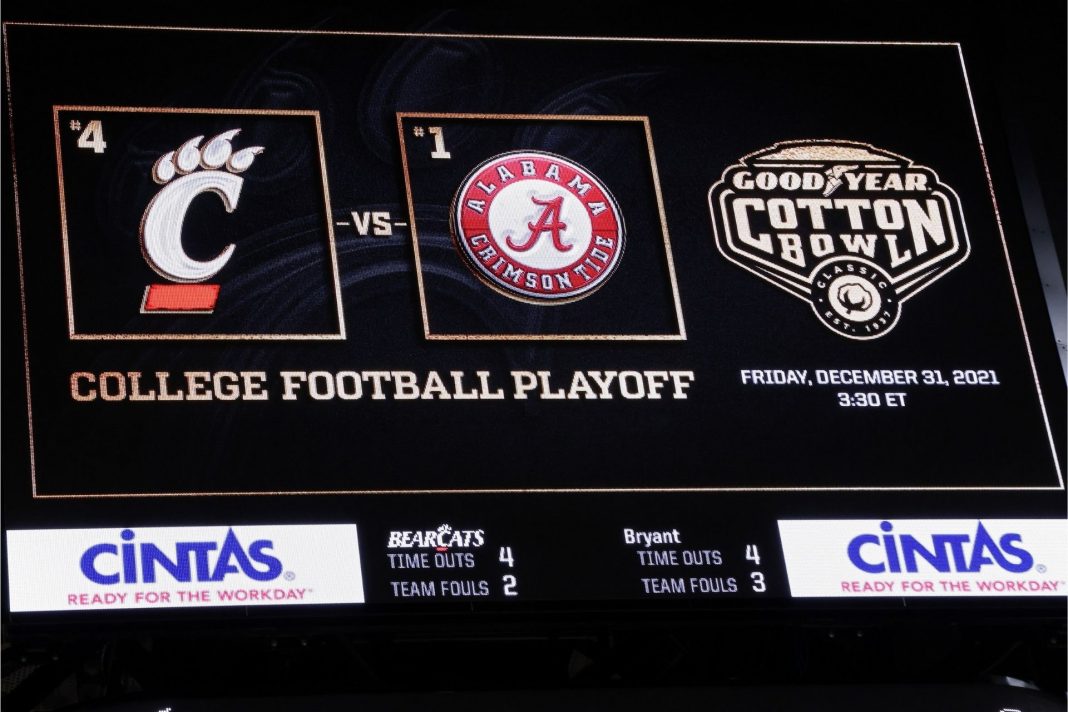 The College Football Playoff is set for next week.

Everyone is looking forward to seeing who emerges as a champion.

But now College Football just announced this crazy change to the playoffs.

Despite studies in the U.K. showing those infected with Omicron are 80 percent less likely to end up in the hospital, the College Football Playoff committee announced insane new COVID protocols for the semifinals and finals.

If a team playing in the semi-finals experiences a COVID outbreak, its opponent automatically advances to the finals to play the winner of the other semi-final.

Should both teams in one semi-final be unavailable to play, the winner of the other game is the champion.

If three teams do not have the minimum number of players available, then the one team that’s not experiencing a COVID outbreak is the champion.

And worst of all, the new “rules” for the Final could result in no champion for 2021.

The vast majority of college football players and coaches got the vaccine.

College football needs to adopt protocols like the NFL recently did where they stop testing asymptomatic and unvaccinated players.

The Omicron wave right now is more fear than fact.

There is not a confirmed fatality in the United States.

And even though college football teams are mostly vaccinated, the sport is already planning to deprive fans of a true champion because of what looks like a minor cold.