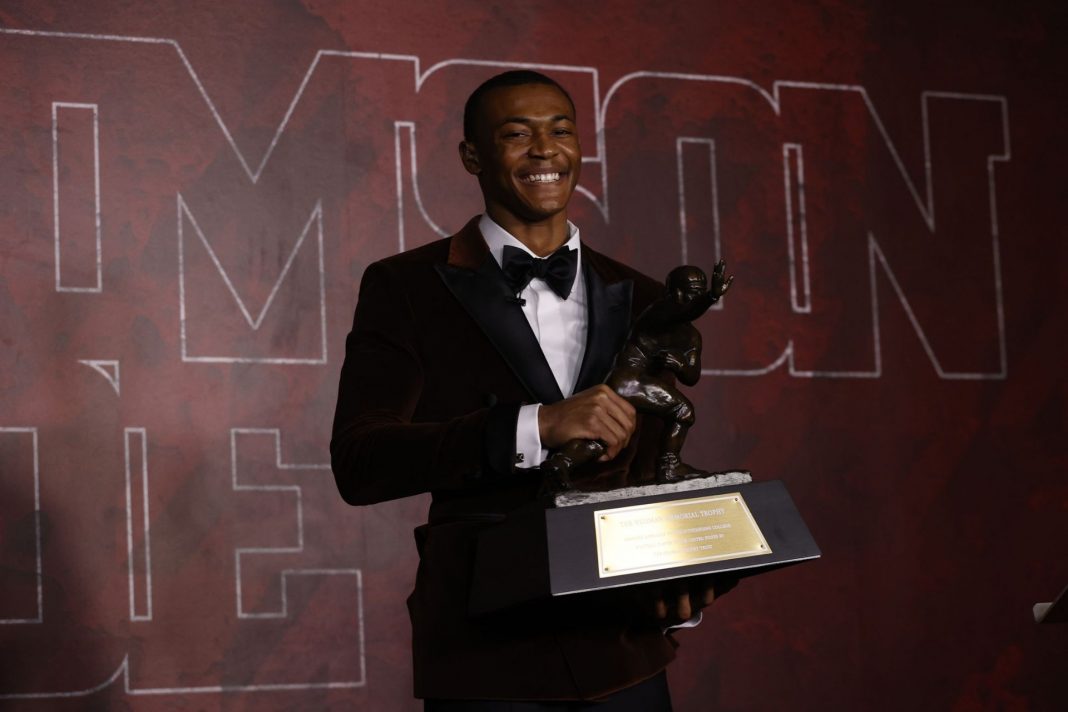 The Heisman Trophy is the most prestigious individual award in all of sports.

On Tuesday night, the Heisman Trophy ceremony was held.

And College Football just made history with this Heisman Trophy award.

The ceremony was not held in Manhattan as normal, but it was staged virtually with Smith accepting the award in Tuscaloosa, Alabama.

“I want to thank my teammates,” Smith said during his acceptance speech. “With team success comes individual success so without you all, I wouldn’t be where I’m at today, winning this award.”

DeVonta Smith joins Mark Ingram Jr. and Travis Henry as the third Alabama player to take home the Heisman Trophy since Nick Saban took over as head coach in 2007.

Smith became the first wide receiver since Michigan’s Desmond Howard in 1991 to win the Heisman Trophy.

Those three Heisman Trophy winners combined with the five national titles won since 2009 establish the current Alabama run as the greatest dynasty in College Football history.

In the 2020 season, Smith caught 105 passes for 1,641 yards and scored 22 touchdowns clearly establishing himself as the best player in College Football.

He put on a show in the Rose Bowl semi-final matchup against Notre Dame catching 7 passes for 130 yards and 3 touchdowns as Alabama cruised past the Irish 31 to 14.

Smith projects to be a top ten pick in this spring’s NFL draft after playing his final college contest in the national title game against Ohio State.