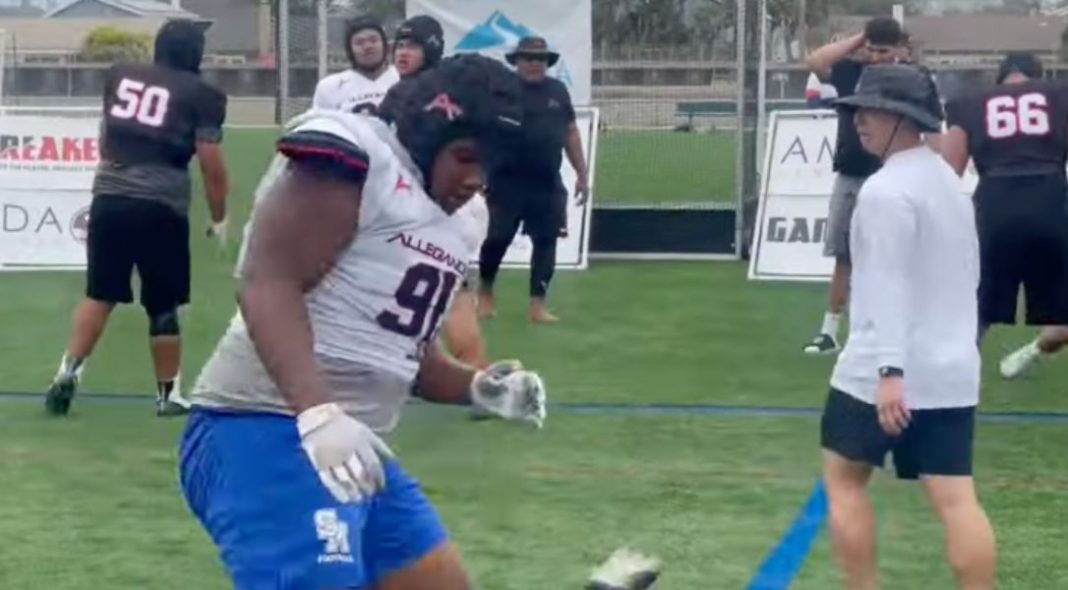 We all know that kids are getting bigger and stronger with each generation.

But this kid looks like a full grown division one football player.

And college football recruits were in shock after seeing the size of this 14-year-old kid.

The game of football has really changed over the years.

Power plays and formations have turned into the latest obsession with the spread formation and the air raid offense.

Not to mention the playing has gotten less physical with the NFL’s push to be more like a powderpuff flag football league.

The NFL is pushing for flag football in the 2028 Olympics.

But something else has drastically changed over the years in football—the size of the players.

Back in the 1970s, the average NFL lineman was about six foot three inches and around 250 pounds.

That’s a massive difference in just the last 50 years.

But it looks like the next generation might be even more massive after you see this college football recruit.

Tyler Parker is a 14-year-old from Santa Margarita High School in California.

But Tyler isn’t your average 14-year-old.

He stands out from many in his age because he is built like a Mack truck.

Most of that weight looks to be muscle.

But the Internet is having some fun with the kid’s size and age.

To many, there is no way Tyler is just 14 as he is the same size and build of many college football players.