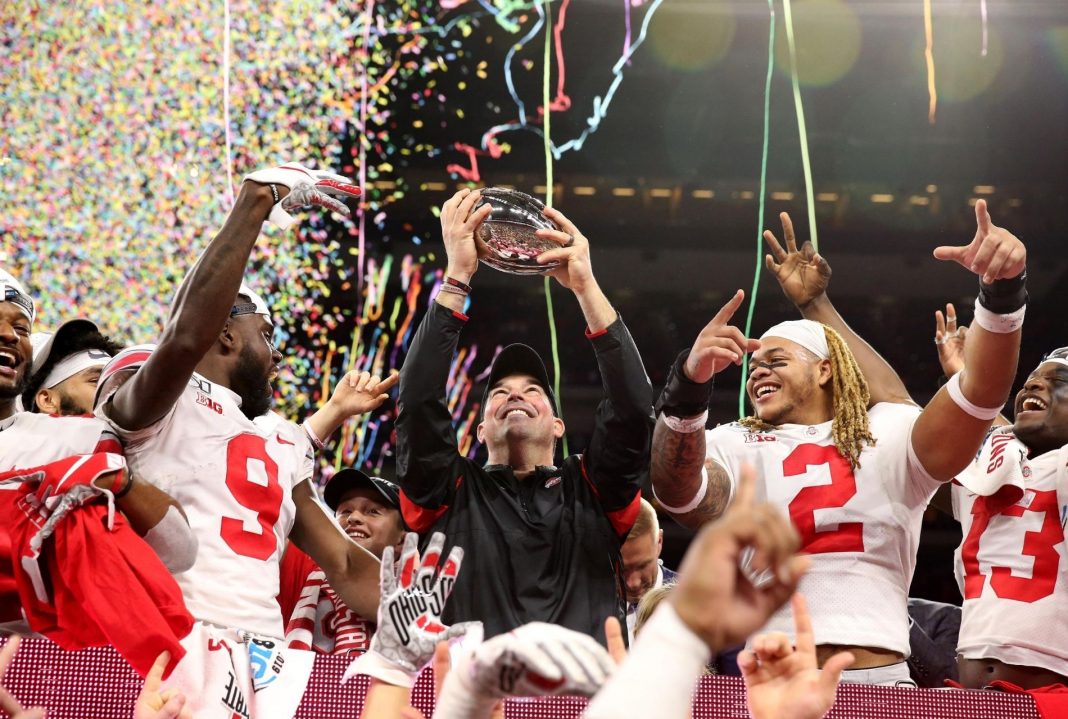 College Presidents and the commissioners of the power five conferences in college football were poised to cave in.

College Football was about to be canceled. And you won’t believe what happened next.

Reports recently surfaced that the Presidents of the Big 10 voted 12-to-2 to cancel the season.

Only the Presidents of Iowa and Nebraska voted to play.

Reports emerged that the only reason the Big 10 was holding out on announcing their plans to scuttle the season was they wanted a united front with the Pac 10, Big 12, SEC, and ACC where all the major conferences would postpone football.

Lower tier “Group of Five” conferences such as the Mid American and Mountain West Conferences also voted to cancel the season and try again in the spring.

Sportswriters celebrated because they thought if football was canceled in the Midwest and South, then voters in key states would take out their anger on Donald Trump.

But then the players rebelled.

Clemson star quarterback Trevor Lawrence – one of the top Heisman Trophy favorites at 4-1 odds – led the #WeWantToPlay movement on Twitter.

College Presidents never expected such pushback from their star athletes.

Suddenly all the major coaches in the Big 10 voiced support for the movement and demanded to play football this fall.

Ohio State’s Ryan Day wrote, “Swinging as hard as we possibly can right now for these players!! This isn’t over! #FIGHT.”

Frost said his team was prepared to do everything possible to play this fall that even if the Big 10 canceled the season Nebraska was prepared to join another conference or play as an independent for the 2020 season.

“We’re a proud member of the Big Ten,” Frost told fake news sports reporters. “We want to play a Big Ten schedule. I think the only reason we would look at any other options is if for some reason the Big Ten wasn’t playing and only a handful of teams from the Big Ten wanted to continue playing. I think if that’s the case, I think we’re prepared to look at any and all options.”

President Trump even got into the act expressing his full support for college football to be played this fall by tweeting out a #WeWantToPlay video that had received nearly three million views on Twitter.

Within hours the Big Ten was backtracking with league sources now claiming there was no vote to cancel the season and the momentum had clearly swung in favor of playing a 2020 college football season.

Sports with Balls will continue to keep you up-to-date on any new developments in this ongoing story.