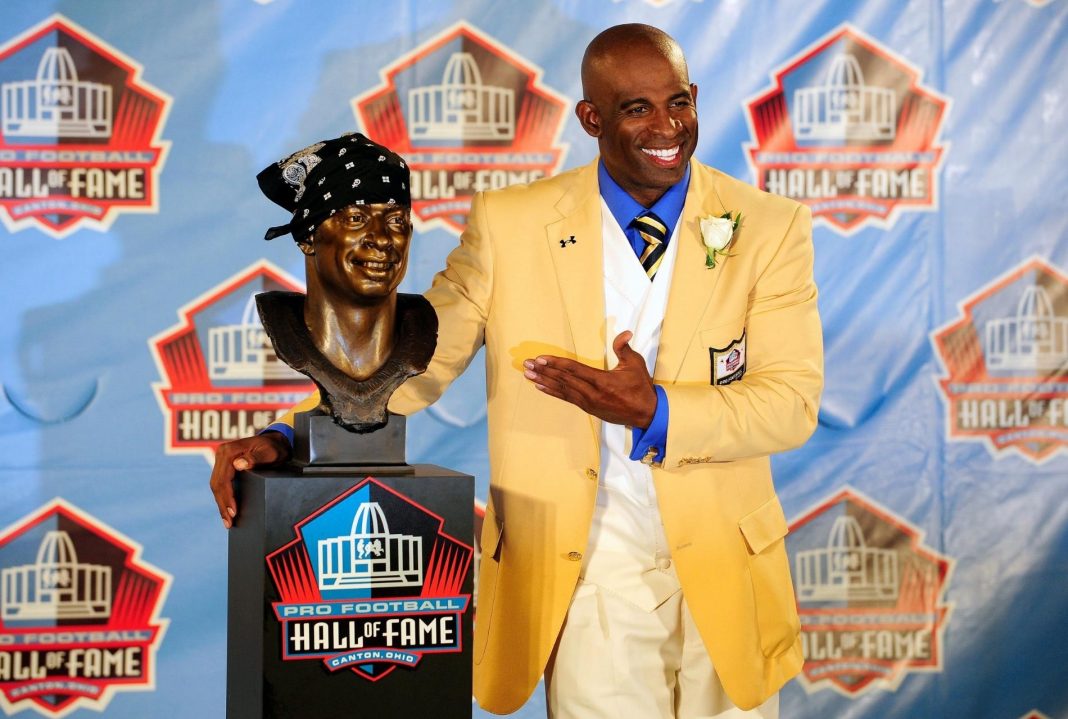 The NFL season is already in jeopardy before it even starts.

Many players chose to sit out the season due to the ongoing public health crisis.

But Hall of Famer Deion Sanders has strong words for any football players opting out this season.

Several NFL players, including eight members of the New England Patriots, are choosing not to play football this season over coronavirus fears.

Based on all available data, NFL players are virtually at no risk from the illness, but some players are concerned about family members who could potentially be in the high-risk pool.

However, some players who are on the bubble of making an NFL roster could be choosing not to play because the COVID-19 opt-out is a guaranteed $150,000, while not making a roster could mean getting nothing.

And Hall of Fame cornerback Deion Sanders had a stern message for NFL players sitting out the season.

“All Players OPTING out in all sports PLEASE BELIEVE the game will go on without u,” Sanders wrote. “This is a business & don’t u EVER forget that. There’s NO ONE that’s bigger than the game itself.

Sanders’s strong words are a reminder that there will always be new players coming up, so precious spots in the league are never guaranteed.

I’m much more concerned with EVERYDAY men & woman doing what they have to do to make ends meet. Most people have NO OPTION of choosing to go to work or stay in the comfort & safety of their environment. Have u forgotten your parents & family members can’t opt out? #Truth 🤷🏾🙏🏾

Sanders brings up a good point that essential workers like grocery store cashiers interact with hundreds, if not thousands, of people every day.

Meanwhile, NFL players with access to the top physicians and medical resources in the country are choosing not to play.

Sanders’ point is that the optics aren’t great.

Speaking of optics, the planned protests for the first week of the season could tank the NFL’s ratings before the season even gets rolling.

The anti-American sentiment just speaks to the overall ingratitude of some of the most privileged people on the planet.