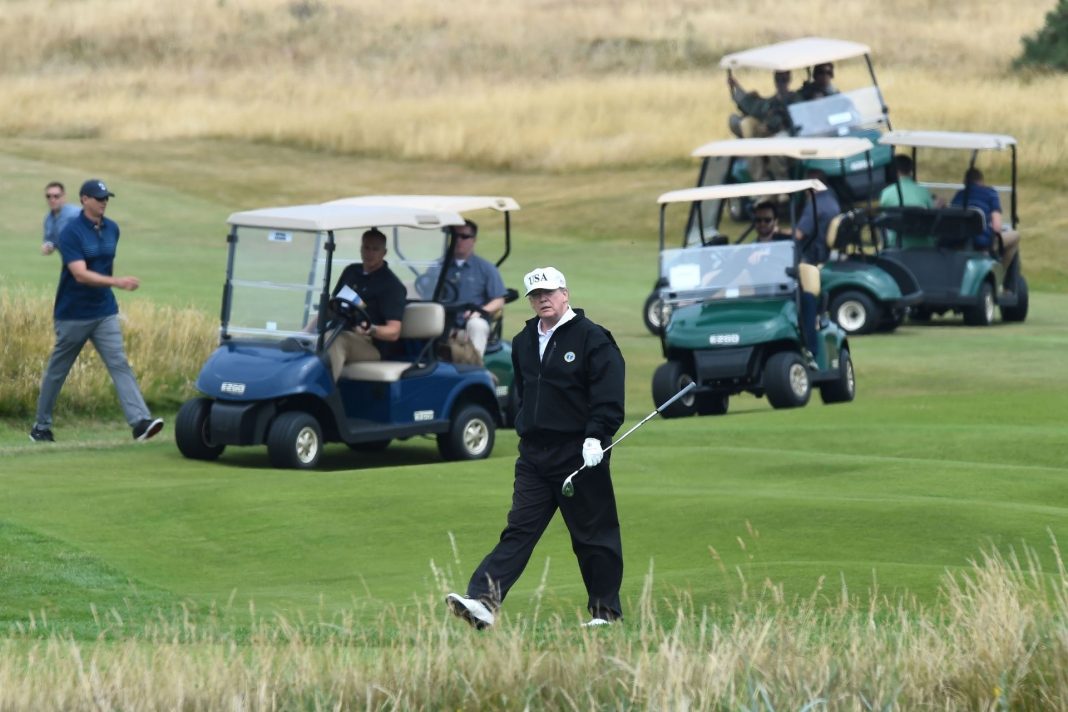 Every power center across the country is ganging up on President Trump and his supporters to exile them from public life.

The speed with which supposedly nonpartisan institutions are canceling President Trump terrifies many Americans.

And Donald Trump just suffered a massive setback that hit him very close to home.

Before he ran for President, Donald Trump was a major player in the world of golf.

The President bought famed golf courses like Turnberry in Scotland, which was in the rotation for the British Open and the iconic “Blue Monster” course in Doral, which was long an important stop on the PGA Tour.

But in the wake of the riots at the Capitol, the PGA Tour is joining Big Tech and the rest of corporate America in trying to erase President Trump.

PGA Tour CEO Seth Waugh announced on Sunday that the organization yanked the 2022 PGA Championship – which is the Sport’s fourth and final major of the season – from Trump’s course in Bedminster, New Jersey.

“We find ourselves in a political situation not of our making. We’re fiduciaries for our members, for the game, for our mission and for our brand. And how do we best protect that? Our feeling was given the tragic events of Wednesday that we could no longer hold it at Bedminster. The damage could have been irreparable. The only real course of action was to leave,” Waugh stated.

In 2016, the PGA Tour stopped hosting an event in Doral because the media smeared Donald Trump with false allegations of being a racist.

But now the President’s exile from the world of golf is complete.

Golf was a point of pride for the President.

From his game to the courses he owned, President Trump took great pride in his prowess and brand.

But that is no more as the PGA Tour is caving in to leftist cancel culture to shun President Trump.