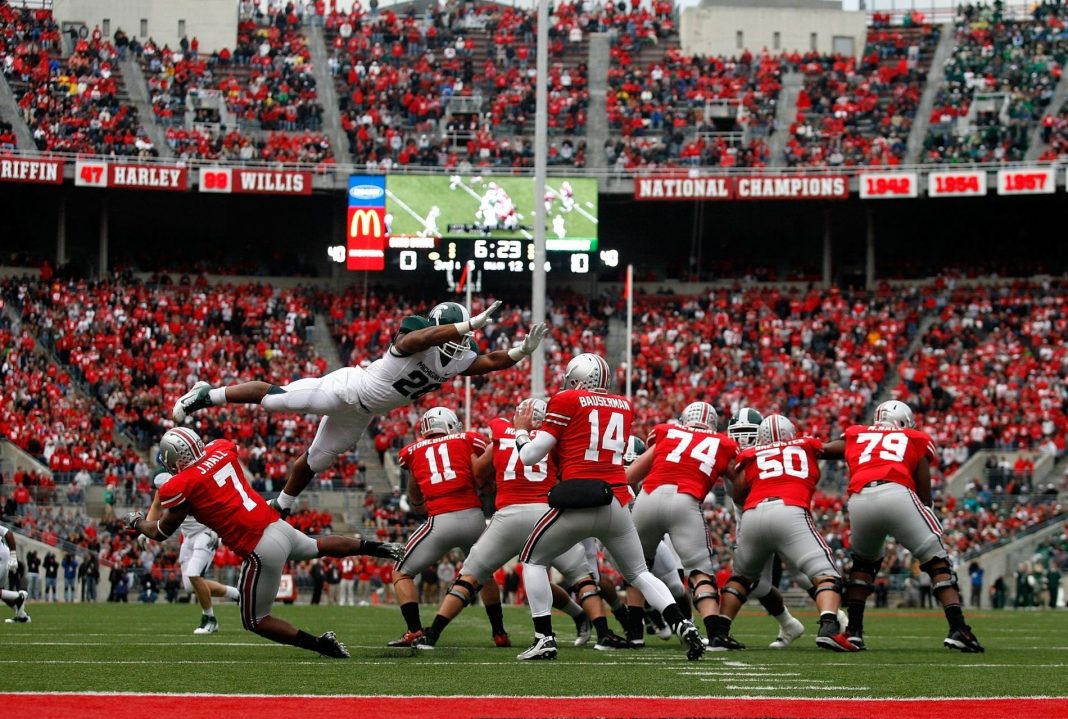 The 2020 college football season hangs in the balance thanks to virus hysteria.

Two major conferences said they would not be playing this year because of fears over the pandemic.

But Donald Trump made one phone call that could save college football.

The Big Ten conference recently made the jaw-dropping announcement to cancel all sports in the fall, including football.

Ohio State, Michigan, Nebraska and other programs in the conference are part of the backbone of college football, and their fan bases had to watch their seasons go up in smoke, over the coronavirus, despite other sports in those states either currently playing or will be playing soon.

The PAC-12 instantly followed suit and folded on their season.

With other major conferences playing and students being allowed back on campus, the Big Ten and PAC-12’s decision began to look foolish.

Big Ten fans, players, parents, and coaches fought back hard, and their hard work might be paying off.

Donald Trump weighed in on the issue by calling Big Ten commissioner Kevin Warren to allay any fears the conference might have about playing football this year.

Had a very productive conversation with Kevin Warren, Commissioner of the Big Ten Conference, about immediately starting up Big Ten football. Would be good (great!) for everyone – Players, Fans, Country. On the one yard line!

The Trump administration will supposedly provide 150 million tests to the Big Ten so they will have enough to safely get through a season.

Joe Biden already campaigned on it:

And The New York Times wrote a piece blaming Trump for no Buckeyes football entitled: “Ohio State Football Is Canceled. Will Trump Take the Hit?”

Several “woke” sports writers have also been invested in the Big Ten not playing, which is odd for someone who covers sports:

Big Ten football is now a political prop for a president who is behind in the polls and needs Pennsylvania, Wisconsin and Michigan to get re-elected. But he'll need to deliver more than Tweets to move the league's presidents. https://t.co/geMyu7OxwG via @usatoday

Trump’s overture is a huge step in the right direction, but Warren has a political incentive to keep football shut down.

A Yahoo article from June laid out Warren’s plan to raise political awareness and get more student athletes registered to vote.

The piece was entitled: “Can the Big Ten swing a presidential election? Kevin Warren wants to find out.”

Warren is between a rock and a hard place because he and the politically left university presidents are content to let the season go, but Big Ten football is serious business, and fans won’t let it go without a fight.