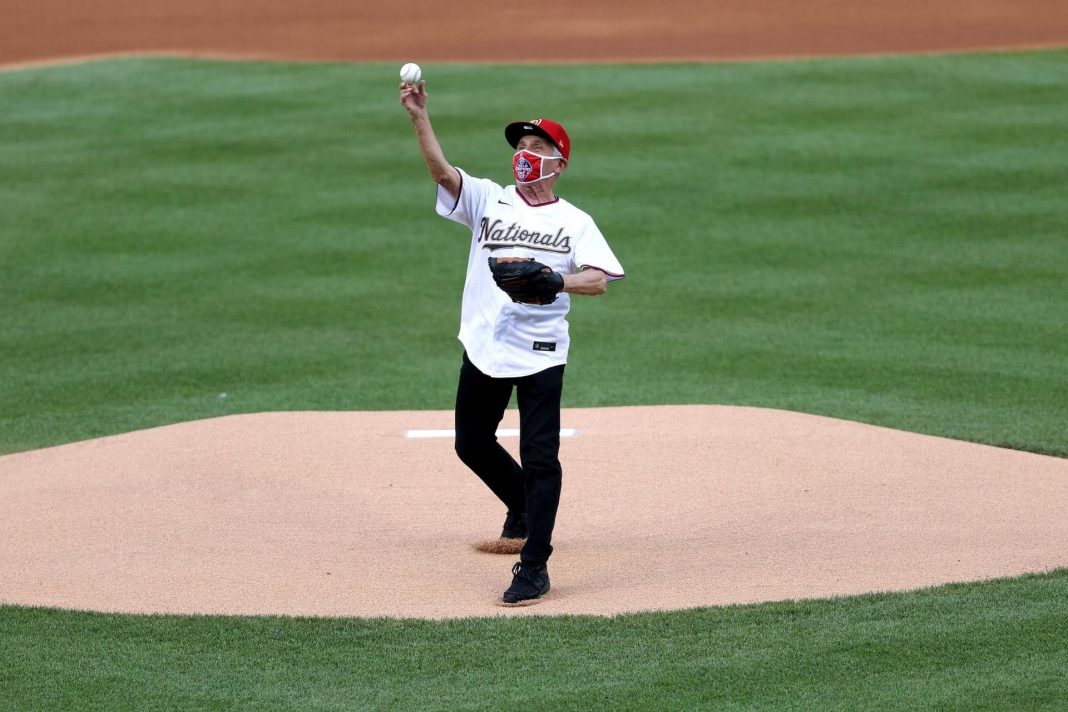 Sadly, Fauci’s fastball was emblematic of Major League Baseball’s season opener in more ways than one.

Unfortunately, due to COVID-19 restrictions there were no fans in the stadium.

Except for Dr. Fauci who stayed to watch the game in an otherwise empty stadium after throwing what might go down as one of the worst ceremonial pitches of all time.

Dr. Anthony Fauci threw out the first pitch before the Nationals-Yankees game. pic.twitter.com/04Tbkh7Voa

As awful as the masked Fauci’s fastball was, the MLB’s “woke” virtue signaling was even worse.

A “BLM” logo was stenciled into the back of the pitchers mound and the bases featured an “MLB BLM” logo as well.

Before the game began, players all knelt down both foul lines holding onto a long black ribbon prior to the national anthem in what Fox News called a “poignant reference to the racial reckoning happening in the U.S.”

Every player and coach on the Yankees & Nationals took a knee before the national anthem tonight in D.C.

Sports are a form of “escapism.”

Sports fans watch sports not just for the love of the game, but because it allows people to think about something besides the stresses of every day life.

But when suddenly everything is forced to become political, even sports can’t provide folks a moment to escape from “reality.”

Eventually people are going to start tuning out.

In the end, professional sports will likely find that by taking a knee to the “woke” vocal minority on social media they’ve actually done long term damage to the brand.

All that heavy stuff aside, Fauci’s wild pitch set the tone for the night and the Nats lost their season opener to the visiting Yankees.