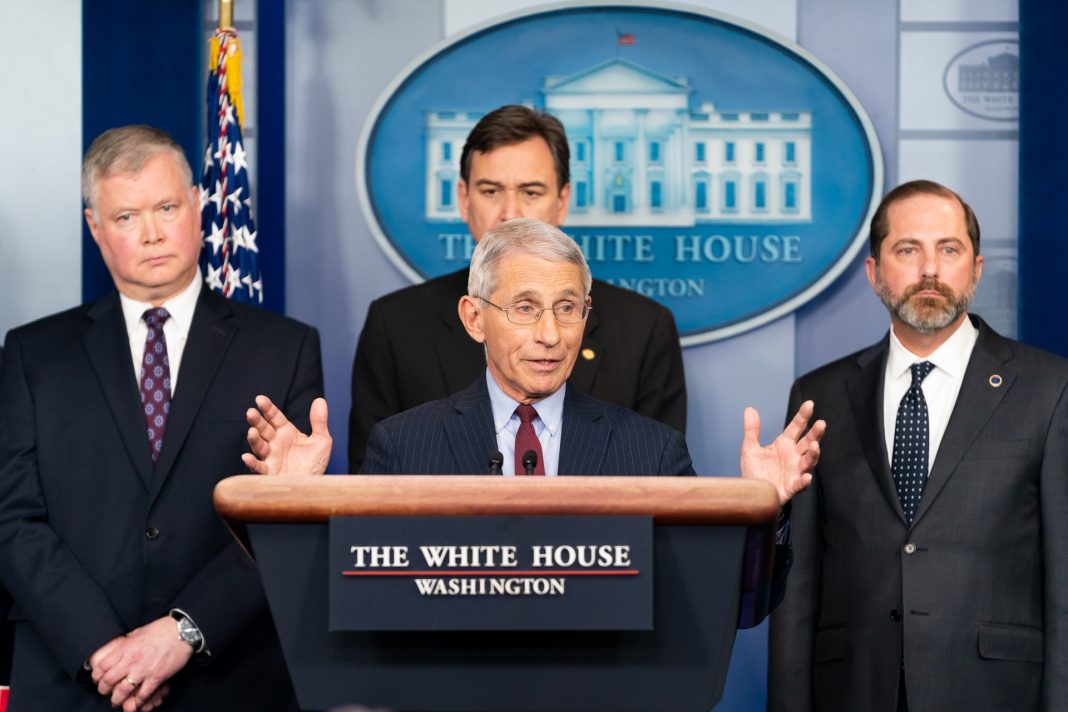 Americans cannot believe what they are hearing Fauci tell them.

And now Dr. Fauci had one ultimatum for the NFL that no one wanted to hear.

Americans want to get back to normal life.

And that means football at 1PM on fall Sundays.

Dr. Fauci has other ideas.

In an interview with left-wing football commentator Peter King, Fauci went even further than claiming there might be games with no fans in the stands this season. Fauci declared that he would take it upon himself to cancel the season because of the coronavirus.

Facui told King that “I think it’s feasible that negative testing players could play to an empty stadium,” Fauci said. “Is it guaranteed? No way. … There will be virus out there and you will know your players are negative at the time they step onto the field. You’re not endangering. … Also, if the virus is so low that even in the general community the risk is low, then I could see filling a third of the stadium or half the stadium so people could be six feet apart. I mean, that’s something that is again feasible depending on the level of infection. I keep getting back to that: It’s going to depend. Like, right now, if you fast forward, and it is now September. The season starts. I say you can’t have a season—it’s impossible. There’s too much infection out there. It doesn’t matter what you do. But I would hope that by the time you get to September it’s not gonna be the way it is right now.”

When Fauci and other so-called “experts” sold Americans on these shutdowns the goal was to “flatten the curve” so the health care system could buy time to restock supplies and expand capacity.

The point was to build up healthcare infrastructure that would allow Americans to go about their daily lives – and that included tailgating and having your friends over to the house for some beers and the games – by eliminating the threat of shutdown because hospitals beefed up to handle whatever came their way.

But now that the NFL held their draft to record ratings and released their 2020 schedule, Dr. Fauci is literally moving the goal posts on “flattening the curve” from buying time for the hospitals to everyone go hide under their bed until the number of new coronavirus cases is zero.