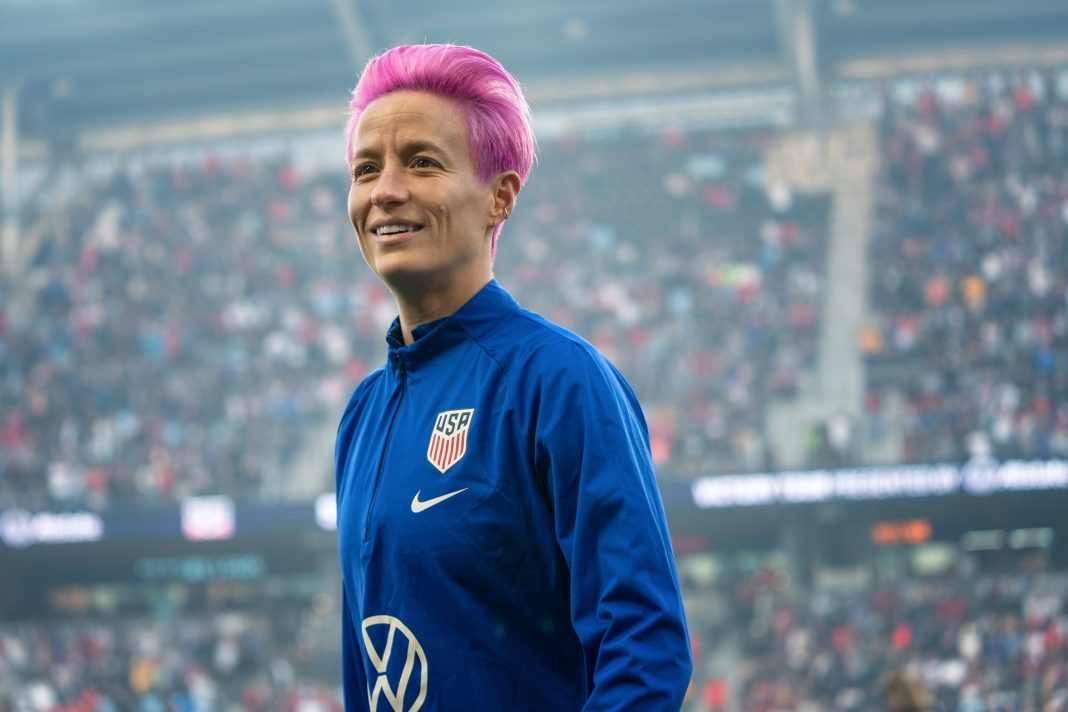 The ESPY awards – created by ESPN to recognize outstanding achievements in sports – is no longer about sports.

That became clear to the world when ESPN handed Bruce (Caitlyn) Jenner the Arthur Ashe Award for Courage for coming out as transgender.

Now ESPN is trying to one-up itself by announcing who’s hosting the upcoming ESPY Awards.

Rapinoe became a national media darling when she knelt during the national anthem to show solidarity with Colin Kaepernick.

Anti-American “journalists” couldn’t write enough glowing headlines about her refusing to participate in the national anthem.

She repeatedly attacked President Trump and refused an invitation to the White House after the U.S. Women’s National Team won the 2019 World Cup.

Rapinoe has since tried to turn her national media-fueled fame into millions by filing a lawsuit over claims of “unequal pay.”

But a federal judge recently threw out the U.S. Women’s Soccer Team’s lawsuit.

Judge R. Gary Klausner ruled Rapinoe and her teammates “have not demonstrated a triable issue that WNT players are paid less than MNT players.”

In other words, the pay gap is a myth.

Athletes’ pay directly corresponds with how many eyeballs they attract.

And the Women’s World Cup – the largest stage in women’s soccer – draws about one-fifth of the viewers of the Men’s World Cup.

It’s clear ESPN is reeling after their decision to give Bruce (Caitlyn) Jenner an award for being transgender.

They did throw a bone to normal sports fans by announcing Seattle Seahawks quarterback Russell Wilson will also co-host the ESPYs.

But he’ll be little more than the third wheel.

What do you think of ESPN’s decision to host their annual awards show?

Do you think it has more to do with politics than sports? Let us know in the comments section below!