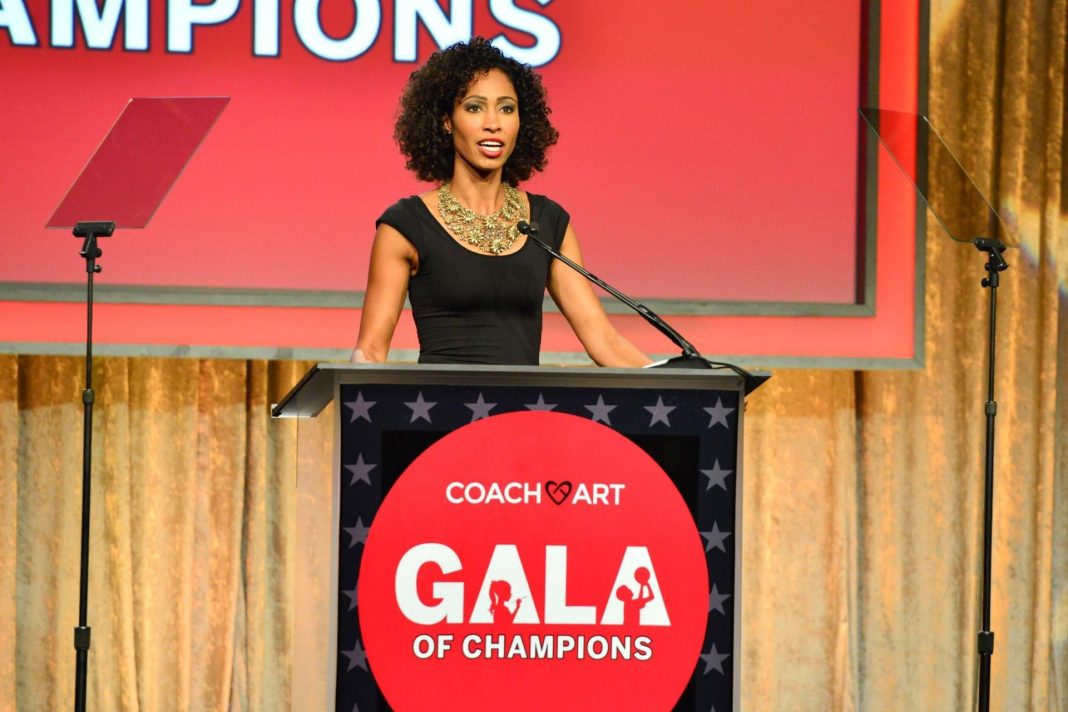 But at ESPN, not all black lives matter. And what ESPN did this black female sportscaster will leave you speechless.

Sage Steele is one the most high profile black women at ESPN.

But Steele never made many friends at ESPN.

Steele has openly criticized athletes who kneel for the national anthem and is public with her Christian faith.

Those beliefs infuriated many at ESPN because Steele took over hosting SportsCenter after ESPN parted ways with left-wing fanatic Jemele Hill.

The conflict inside ESPN over Steele came to a head in June when supposed pro-Black Lives Matter talent forced ESPN to sideline Steele from a network special about the death of George Floyd.

The Wall Street Journal reported that, ““Ms. Steele said colleagues told her she was considered for the special by the executive in charge, Michael Fountain, until two of the other on-air personalities involved, Elle Duncan and Michael Eaves, complained, saying Ms. Steele wouldn’t be accepted by what they considered the black community, according to the person familiar with her account to management.”

In a statement to The Wall Street Journal Steele attacked the idea that a person’s politics determined their racial identity.

“I found it sad for all of us that any human being should be allowed to define someone’s ‘blackness.’ Growing up biracial in America with a black father and a white mother, I have felt the inequities that many, if not all black and biracial people have felt—being called a monkey, the ‘n’ word, having ape sounds made as I walked by—words and actions that all of us know sting forever. Most importantly, trying to define who is and isn’t black enough goes against everything we are fighting for in this country, and only creates more of a divide,” Steele stated.

ESPN is no longer interested in serving a broad audience.

In that regard, ESPN is following late night comedy shows in catering to a niche audience.

Johnny Carson and Jay Leno were the most popular late night comics because they didn’t alienate viewers with politics.

But now Stephen Colbert, Seth Meyers, and Jimmy Kimmel all fight to own the narrow slice of the late night TV audience.

By sidelining Sage Steele and only promoting the most “woke” voices, ESPN is telling America that sports are a Democratic Party pursuit.