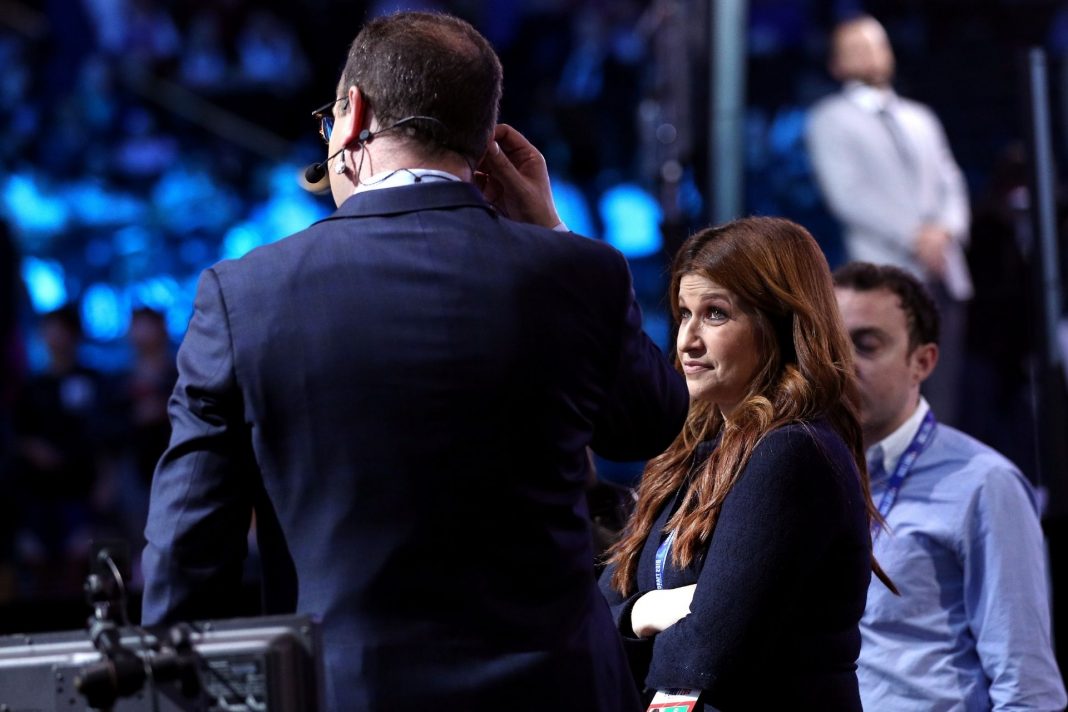 ESPN continues to pay the price for its woke politics.

The company is besieged on all sides, and executives are desperate for a way out.

Now ESPN just got backed into a corner because of this bombshell leaked audio tape.

ESPN’s problems began on July 4 weekend when The New York Times published a story about a leaked secret recording from 2020 when ESPN’s longtime NBA reporter and host Rachel Nichols complained that ESPN gave NBA Finals hosting duties to Maria Taylor instead of Nichols to placate the Black Lives Matter movement.

That led to ESPN taking Nichols off this year’s finals altogether and now her future at the network is in doubt.

Outkick.com’s Clay Travis believes Taylor leaked this story because her contract is up in two weeks and ESPN is refusing to meet her outrageous demands for an $8 million dollar per year contract.

By leaking the story, Taylor is trying to force ESPN to meet her price.

“Maria Taylor’s contract is up in a couple of weeks,” Travis stated. “If you want to know how a story like this actually ends up occurring, it is because Maria Taylor decided to have her people leak this story. She’s the only one who benefits, she’s the only one not quoted directly in the story. She is trying to extort ESPN into paying her a massive salary increase, which she does not otherwise deserve.”

Rachel Nichols was one of the biggest social justice warriors in all of sports media.

Even though Nichols grew up around Washington, D.C., she was one of the earliest members of the media who refused to say the Redskins name.

But Nichols is learning you can never be woke enough to placate the outrage mob.

And Taylor allegedly savaged her reputation by painting Nichols as a racist to try and advance her career.