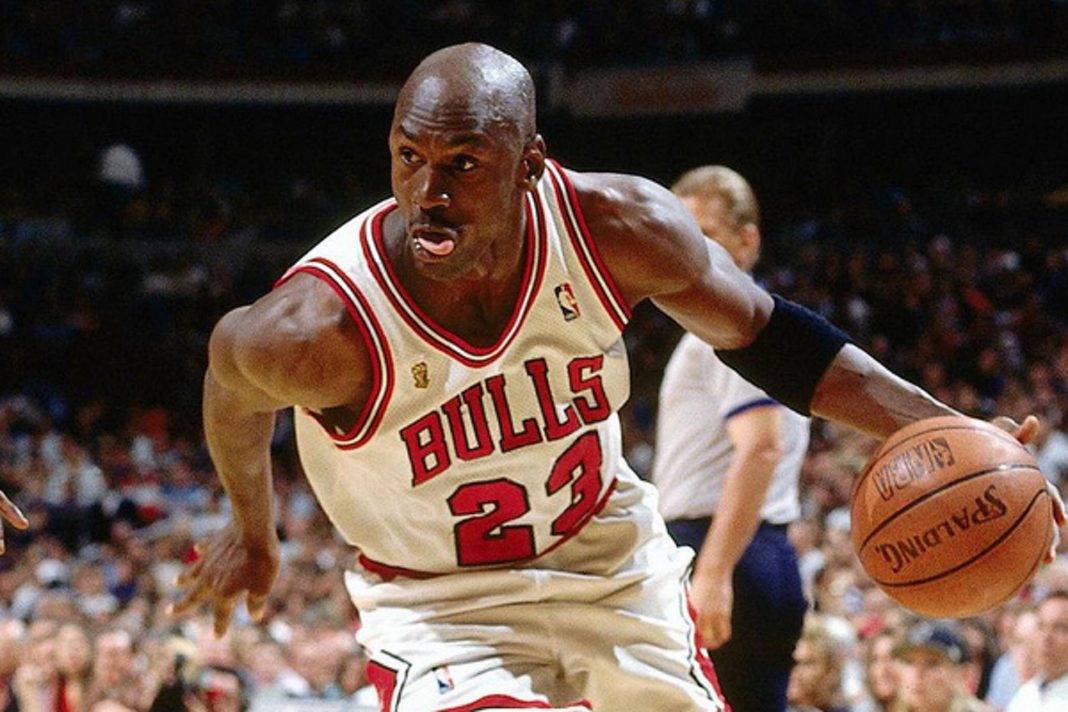 ESPN’s “The Last Dance” is a trip down memory lane for many NBA fans as the show explores the Bulls Dynasty.

But while fans may be enjoying the behind-the-scenes look into Michael Jordan and the golden years of the NBA, ESPN couldn’t help but interject politics into the story.

And in Episode Five, ESPN tried desperately to get Michael Jordan to spew liberal propaganda in response to a contrived controversy.

You probably saw it coming. The 10-part documentary series was just too big for ESPN not to throw in some left-wing social justice warrior commentary in there.

Though truth be told, the only politics our Sports with Balls team of experts were hoping to see in “The Last Dance” were those of the back-office when Jerry Krause decided to break up the Bulls Dynasty and scatter the greatest NBA team ever built to the wind. Not that we’re bitter.

Of course, being from Chicago, seeing former President Obama comment in the earlier episodes tipped ESPN’s hand that there was more to come.

And in Episode Five is where they made their move.

ESPN decided to bring out President Obama and a bunch of left-wing commentators to bash Michael Jordan for refusing to appear in an ad in 1990 for Harvey Gantt, an African American running for the U.S. Senate in North Carolina against longtime Republican Senator Jesse Helms.

After his mother asked him to appear in the ad, Jordan recalled telling his mother “Look, Mom, I’m not speaking out of pocket about someone that I don’t know. But I will send a contribution to support him.”

At the time, Jordan reportedly joked with his teammates, Horace Grant and Scottie Pippen, “Republicans buy sneakers, too.”

Even thirty years later, that was too much for ESPN, as they trotted out several guests, including Obama to express their disappointment.

“I’ll be honest, when it was reported that Michael said, ‘Republicans buy sneakers, too’ — for somebody who was at that time preparing for a career in civil rights law and knowing what Jesse Helms stood for, you would’ve wanted to see Michael push harder on that,” Obama said.

ESPN appeared to be hoping Michael would recant, or modify his position, holding him up to Muhammad Ali who was stripped of his boxing titles for refusing to serve in the U.S. Army during Vietnam.

“I wasn’t a politician when I was playing my sport. I was focused on my craft. Was that selfish? Probably. But that was my energy. That’s where my energy was.”

Isn’t that what Americans truly want from professional athletes? To excel at their craft? To make sports fun to watch?

Don’t Americans watch sports to tune out the world and its troubles for a bit? If so, why is ESPN so desperate to continue ramming Washington, D.C. politics down fans’ throats?

After all, Republicans watch ESPN too. Or at least, they used to.