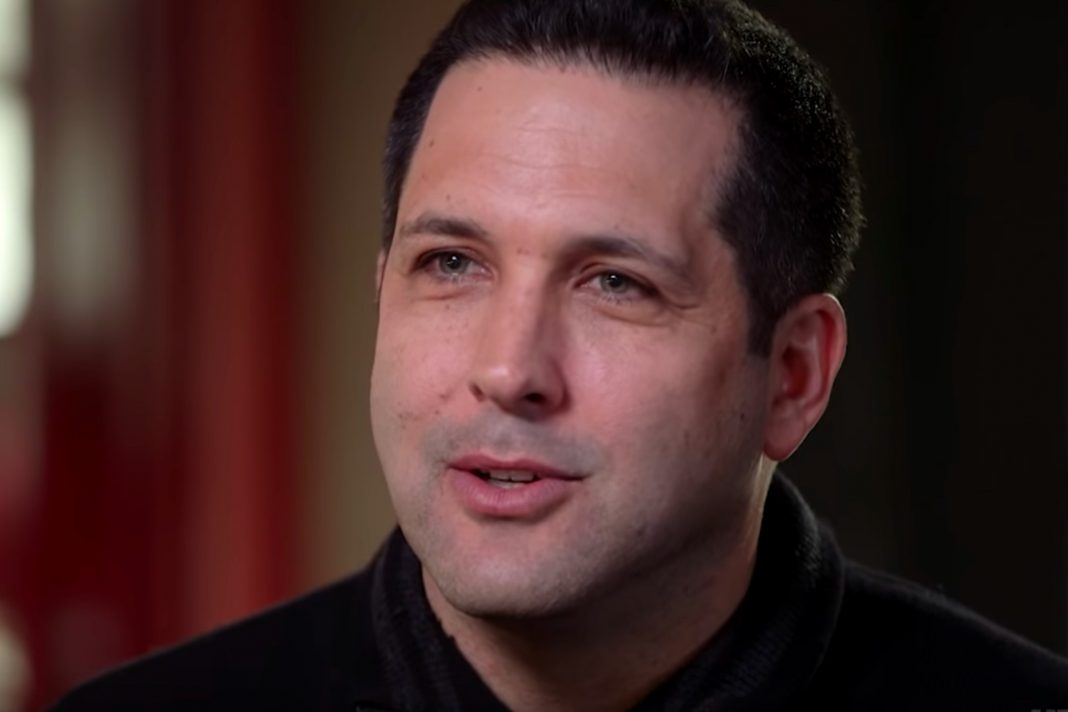 Over the past few years ESPN has purged itself from any analyst who doesn’t toe the politically correct line.

Former Pitcher Curt Schilling got the can for saying that “a man is a man,” but the woke sports giant hung onto Jemele Hill long after her racist anti-Trump rants.

Now, NFL analyst Adam Schefter may be on the hot seat after running afoul of the PC Police.

Americans everywhere celebrated the first event about sports in over a month since the Coronavirus pandemic shut down major events.

The NFL Draft was largely uneventful, but led the TV ratings for Thursday night.

That’s when Adam Schefter sent out a tweet he instantly regretted.

Schefter tweeted: “For the first time in what feels like forever, a real live sporting event.” 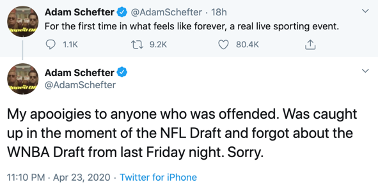 That may sound totally innocuous to normal red-blooded Americans.

But there was just one problem.

He failed to pay homage to the WNBA Draft, which was held just days prior!

Feminists pounced on Schefter instantly and we can only imagine his overlords at ESPN told him to issue an apology or else.

Of course, if it weren’t for ESPN constantly pushing the WNBA, the league would long be defunct.

Last year, NBA Commissioner Adam Silver admitted the women’s league has lost an average of “over $10 million a year every year we’ve operated.”

Do you think Adam Schefter should’ve apologized for forgetting about the WNBA Draft?

Let us know your thoughts in the comments section below.