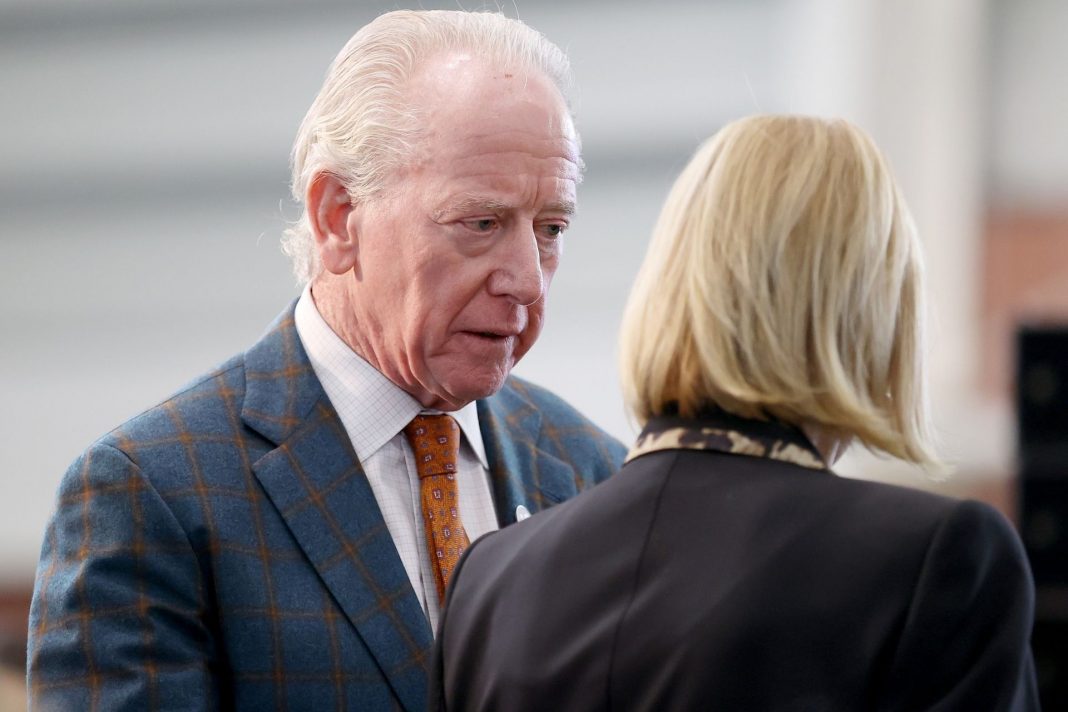 The importance of recruiting to a college football program’s success has essentially caused an arms race throughout the country.

Teams will trip over themselves to land a three-star defensive tackle, but add an elite player from a NFL family into the mix, and that’s when things get way out of hand.

And that’s exactly what is happening as every program in the nation is rolling out the red carpet for the heir to this sports family dynasty.

No family has produced more high-level NFL quarterbacks than the Mannings.

From Archie down to his sons Peyton and Eli, the Mannings are the First Family of quarterbacks, and any offspring from that lineage is going to have plenty of eyes on them if they choose to play football.

When the heir to the Manning family dynasty has shown to be a future elite college football prospect since at least his eight grade year, though, that makes college coaches even more giddy.

Before he had completed his journey through puberty, Arch Manning was already being dubbed the next great Manning quarterback.

Despite having the pressure of the entire football world on him, watching his every move, Arch has kept his head down, and has continued to develop into a player that is now ranked as the number one quarterback in the nation, and top-three player overall, in the Class of 2023.

But if you don’t believe the hype that can come from recruiting rankings put out by recruiting service “scouts” who would obviously be working for Nick Saban tomorrow if they were truly the great football minds they think they are, you don’t have to look any further than his current offer list to know that Saban and every other elite coach is sold on his talent.

Alabama, Clemson, Georgia, LSU, Notre Dame, Texas, USC, and Oklahoma are among the laundry list of elite programs doing everything they can to woo the rising high school junior.

And all of the schools recruiting him are doing whatever it takes to land his commitment, rolling out the red carpet and bending over backwards to impress a guy who still needs adult supervision to see rated-R movies.

Most recently, Manning visited Alabama and Georgia, and both schools went out of their way to make Manning’s visit one to remember, as they attempted to show off every amenity and resource available to their athletes while attempting to take advantage of even the smallest connection their staff has to the Manning family or their New Orleans home.

“Manning and his family were in Tuscaloosa over Father’s Day weekend,” 247Sports reported recently. “The 6-foot-4, 208-pound Manning was able to catch up with Nick Saban and had dinner with Bill O’Brien, Doug Marrone, and Pete Golding. Marrone (there is a little bit of a relationship with the family having coached with the Saints) and particularly Golding have ties to New Orleans. O’Brien’s pedigree coaching Tom Brady and DeShaun Watson among others makes him an attractive coordinator. The culture of the program and everybody’s buy-in really stands out to the rising junior as does the technology Alabama uses to make sure their players are performing at peak levels. The layers of support and resources players at Alabama have in helping them be a National Title contender year in and year out resonated with Manning.”

Not to be outdone by their SEC rival, Georgia bent over backwards for Arch Manning, as well, wining and dining the entire family.

“Manning was in Athens this past weekend,” 247Sports reported. “The family has known offensive line coach Matt Luke and senior analyst Will Muschamp for a long time, and coach Kirby Smart is good friends with Peyton Manning. There are a lot of common friends between several members of the Georgia staff and Manning family. Manning loves Athens as a college town and he was able to get on the board and talk X’s and O’s with offensive coordinator Todd Monken . . .”

“The Manning family had dinner with Smart, Luke, Muschamp and Monken, and like he did at Alabama, Arch got to hang out with some of the players including Jackson Muschamp, and offensive linemen Sedrick Van Pran and Tate Ratledge. Georgia’s new facilities have been raved about all month and it blew away the Mannings, too. Arch also got to see a little bit of a practice at Georgia . . .”

Of course, at the end of the day, there are really only a few schools that could legitimately land Manning’s services.

He grew up going to LSU games so they’ll be in the mix, and Ole Miss has the connection to both his grandfather and uncle Eli, but outside of that, unless you’re at Alabama or Georgia’s level, it’s probably just a fool’s errand.

Arch Manning has his pick of schools – he can literally go play wherever he wants.

So in the end, it’s most likely all going to come down to who can give Manning the chance to win the National Championship no one else in his family was able to win, and can not only get him to the NFL, but make him a top draft pick.

And there’s only a few schools that are going to be able to check those boxes, the rest need not apply.

But that’s not going to stop the massive race all of these schools are going to be in to land Arch.

And considering he’s still two full years away from college, it’s probably going to get even crazier.