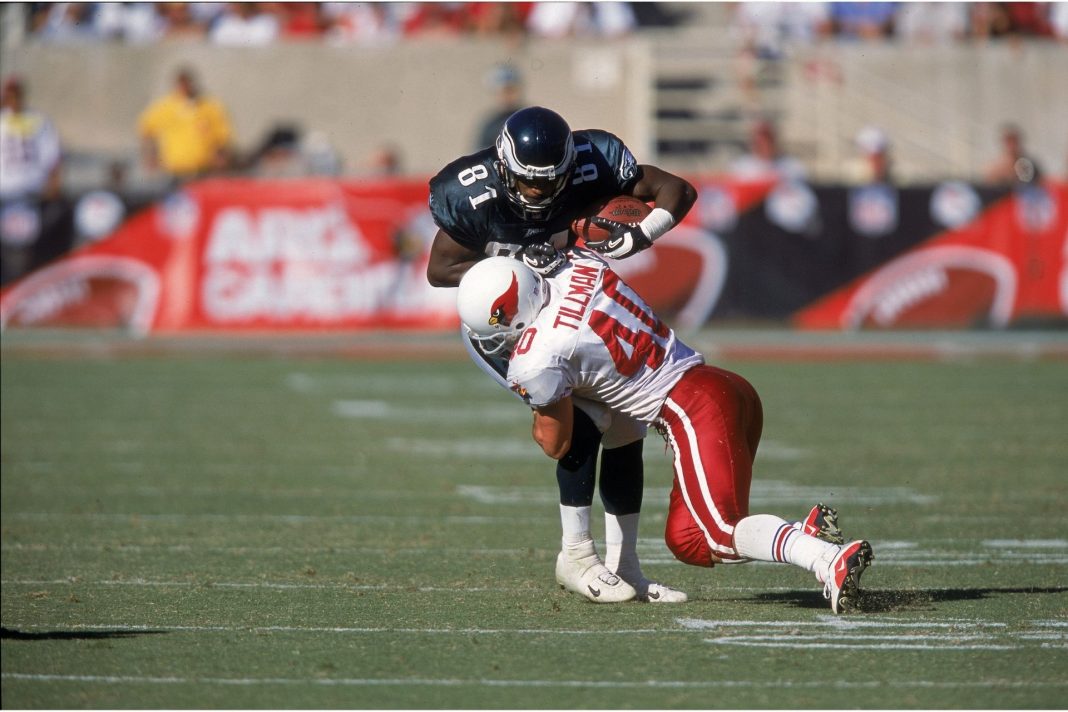 Symbols of patriotism and love of country are no longer fashionable in today’s woke NFL.

The league is now filled with players who kneel for the national anthem and disrespect the military.

And every NFL national anthem protester is going to hate this patriotic display.

Arizona Cardinals safety Pat Tillman became a national hero when he left a promising career in the NFL to enlist in the military following the September 11, 2001 terrorist attacks.

Tillman tragically died from friendly fire during an ambush in 2004.

Now a petition on change.org is calling on the NFL to retire Tillman’s number 40 league wide in honor of the 20th anniversary of Tillman choosing to serve his country over playing professional football.

‘On the evening of April 22, 2004, Pat’s unit was ambushed as it traveled through the rugged, canyon terrain of eastern Afghanistan. His heroic efforts to provide cover for fellow soldiers as they escaped from the canyon led to his untimely and tragic death via fratricide.’

**It is my goal to have the NFL retire Pat Tillman’s jersey No. 40 league wide in honor of the 20th anniversary of 09-11-2001 and Pat Tillman’s ultimate sacrifice he made as a result of this day.

After George Floyd’s death, NFL Commissioner Roger Goodell and team owners fell all over themselves to pledge allegiance to the Black Lives Matter movement and funnel cash its way.

The NFL retiring Pat Tillman’s number this year when the first Sunday of games are scheduled for September 12 would be a gesture to fans that support for the military, love of country, and patriotism still matters to the league.