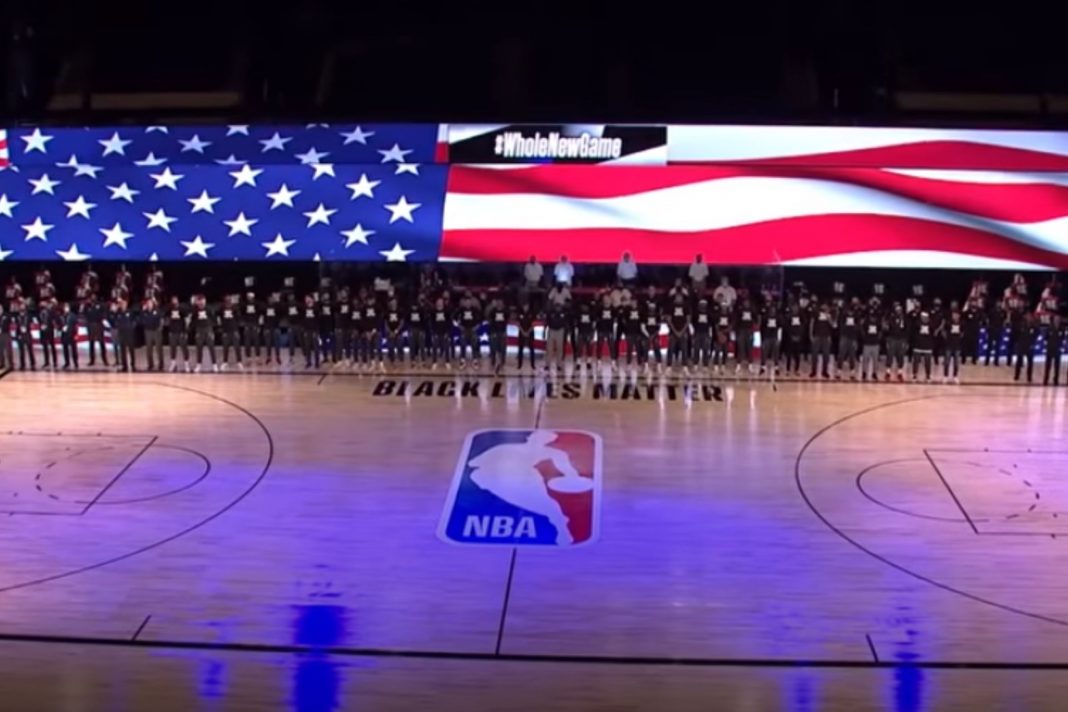 Led by Major League Baseball and the National Basketball Association, pro sports are back.

But they look very different as players and coaches kneeled for the national anthem in solidarity with Black Lives Matter.

And fans had this overwhelming reaction to the national anthem protests.

Americans missed sports and could not wait to tune in as the return of sports signaled somewhat of a return to normal life.

But viewers were overwhelmingly not happy with what they are seeing on TV.

In the NBA, it is now news when a player actually stands for America’s national anthem.

And in baseball – which laid claim to being the national pastime – players knelt for the anthem and dishonored the flag and the military.

Baseball and basketball saw fairly decent opening night TV ratings, but once fans saw that all the players wanted to do was whine about America and spit on the graves of dead veterans they began to tune out.

MLB really fell off after opening day. In general, both leagues aren't getting the audience one might expect from a nation that's been deprived of entertainment for months https://t.co/GazeoR9SNB

Viewers returned as the protests faded away.

But in the wake of pro sports leagues giving in to the Left’s demands to sign on to its cultural revolution to get rid of Donald Trump fans are once again tuning out.