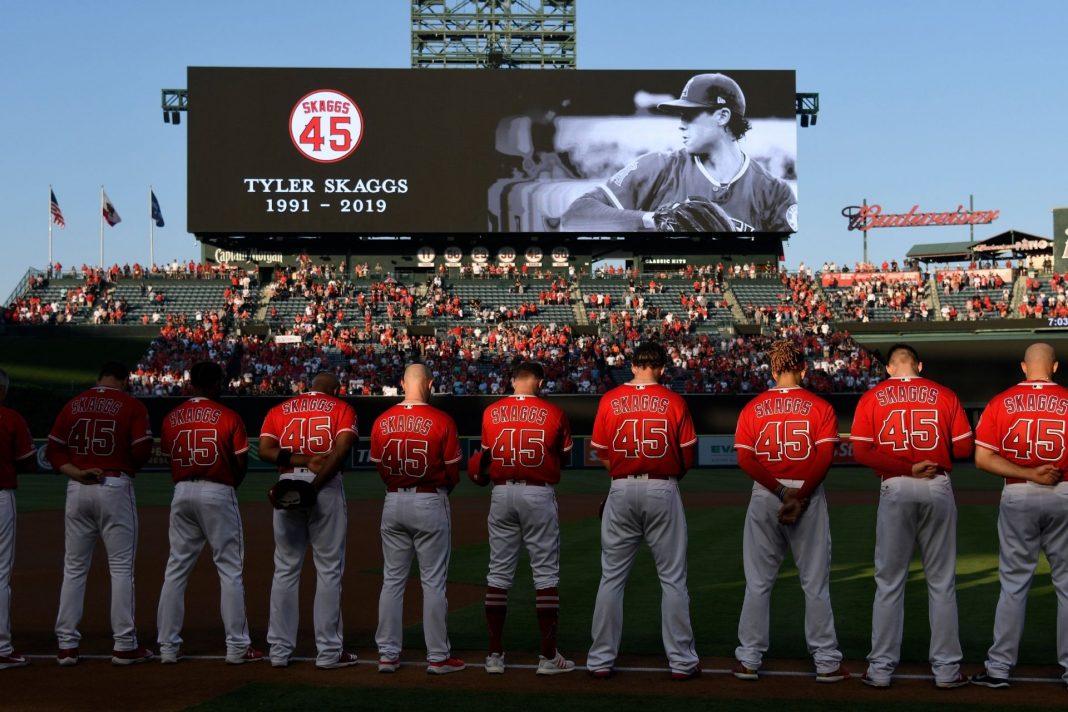 It seems as though baseball just can’t get out of its own way, as the sport’s recent history is nothing but scandal after scandal.

From the steroid era to the Houston Astros’ sign stealing operation, baseball’s biggest stories seem to be rooted in some sort of controversy.

And now, thanks to a former MLB team employee spilling the beans, baseball is staring down the barrel of another major scandal involving the sport’s biggest names.

No sport in the history of the world may love and adore their stats and records more than baseball.

Every aspect of the game seems to revolve around the sport’s records, specific stats, and the players who are able to achieve them.

So when the players who achieve these stats or records, or are awarded for being the best in the sport, turn out to have achieved those accolades through means that baseball purists are unhappy with, scandal follows.

According to court documents filed by former Los Angeles Angels employee Brian “Bubba” Harkins, multiple Cy Young and All-Star pitchers have been using an illegal pitching substance that allows them to get a better grip on the ball, thus allowing them to throw faster pitches and get more movement on the ball.

Harkins is naming names too after he was fired by the Angels after an MLB investigation concluded he was providing this substance to players.

Obviously, in any situation like this, accusations are one thing, but when there’s evidence it takes it to a whole other level.

And in the case of Gerritt Cole, at least, there’s some pretty damning evidence including text messages in which Cole identifies himself and asks Harkins for help with a “sticky situation.”

“Hey Bubba, it’s Gerrit Cole, I was wondering if you could help me out with this sticky situation,” the pitcher wrote, adding a wink emoji. “We don’t see you until May, but we have some road games in April that are in cold weather places. The stuff I had last year seizes up when it gets cold.”

The revelations come as Harkins seeks to prove through legal means that he was a “scapegoat” for Major League Baseball to conceal a much bigger scandal from the public.

Interestingly, on top of the evidence he provided, the Los Angeles Times reports that Harkins is also claiming that the MLB actually has evidence that implicated many of the sport’s top pitchers.

“Harkins also claimed that MLB has evidence implicating several star pitchers – including Cole, Justin Verlander, Max Scherzer, Felix Hernandez, Corey Kluber and Adam Wainwright – for using foreign substances to improve their grip on the ball,” according to the Times.

The Times went on to report, “Harkins’ attorney Daniel Rasmussen contends in Thursday’s filing that the Angels “did not want their players disciplined and shamed,” and that “MLB did not want to contend with another ‘scandal’ on the heels of the Astros’ sign-stealing controversy.”

But despite their best efforts, the MLB is in a position where this scandal may ultimately blow up in their face.

If it is true that Major League Baseball sought to protect players who were using an illegal pitching substance, especially in a time where some fans complain about baseball coming down to only home runs or strike outs now, this scandal could be nearly as big as steroids for the sport.

Obviously, it’s unlikely this becomes so big that Congress involves themselves, as was the case with steroids, but it could still be very, very big.

Where this story goes from here is anyone’s guess, but the likelihood of this just going away for baseball doesn’t seem promising.

Baseball fans, especially the purists, are undoubtedly going to harp on this until they get to the bottom of every angle of this scandal.

And once again, Major League Baseball is likely going to have to endure yet another black eye.

The mob is targeting the Atlanta Braves. But a poll came out that blew their plan to smithereens.