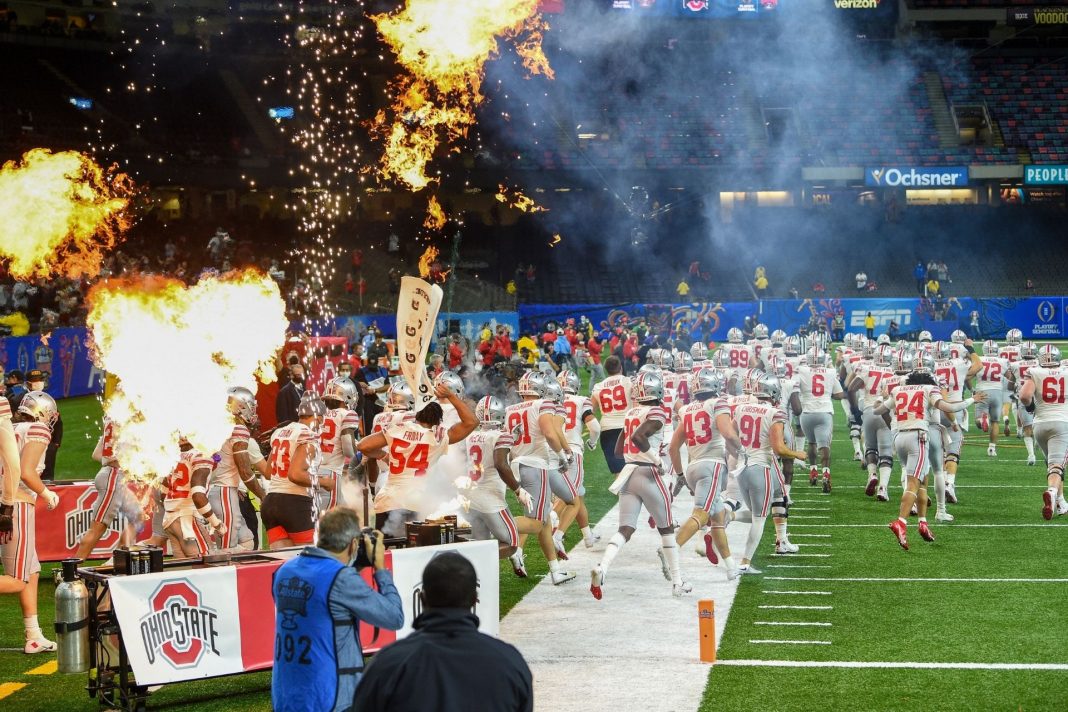 Major college football pulled off a miracle to complete a regular season and playoff semi-final round.

But now everything is in jeopardy.

And football fans just got the bad news they were dreading about the national championship game.

Ohio State is set to play Alabama on January 11 at Hard Rock Stadium in Miami.

Now, the game is in jeopardy because of a coronavirus outbreak at Ohio State.

The Buckeyes had several players miss the Sugar Bowl Semi-Final against Clemson and the team is in danger of falling below the minimum number of players available to play the title game.

“We’re following the same protocols we followed all season long,” Smith said. “We intend to play on January 11th, and we continue to communicate with the Big Ten and now the CFP, so at this point in time, we see the game being played. But who knows what tomorrow will bring? That’s COVID. We’re on track right now.”

Alabama athletic director Greg Byrne also conveyed a message of hope that the national title game could be played as scheduled.

“Ohio State AD Gene Smith and I have had multiple conversations. Both schools are focused on playing in the CFB Playoff Championship Game on Jan. 11,” Byrne wrote on social media.

But the College Football Playoff Committee is making contingency plans for the game not to happen on January 11.

They reserved January 18 at Hard Rock Stadium as a makeup date should the coronavirus cause a cancellation.

Alabama head coach Nick Saban’s daughter accused Ohio State of faking their COVID issues to get the game postponed to give star quarterback Justin Fields time to heal after Fields took a brutal shot in the Sugar Bowl against Clemson causing many to fear he suffered a concussion. 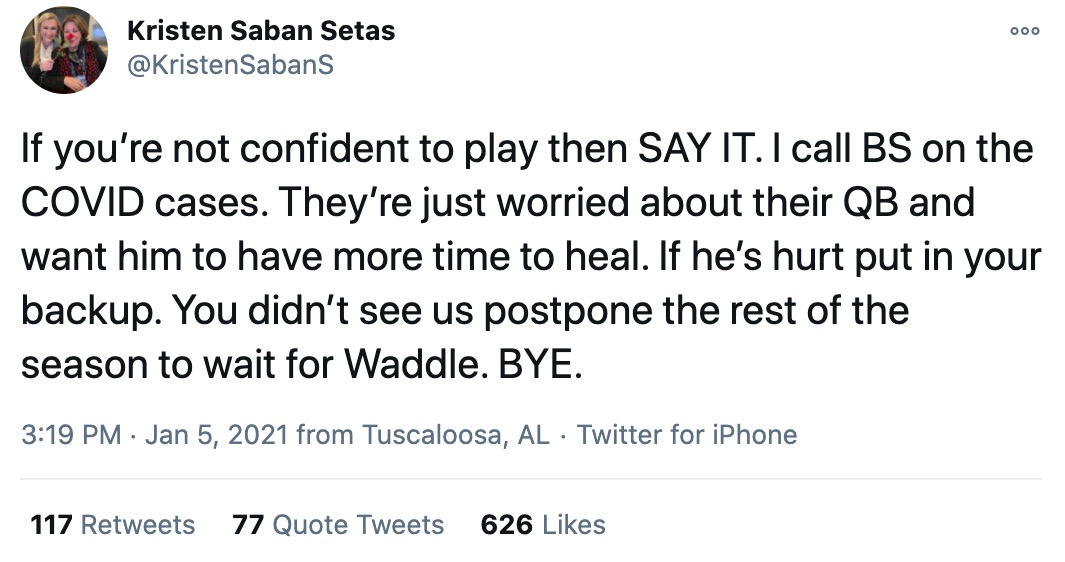 Saban’s daughter quickly deleted the Tweet, but the damage was done.

No matter what, fans just want the game to be played as scheduled and put this 2020 season behind everyone so fans can focus on the 2021 season and hopefully getting back to normal with fans in packed stadiums.