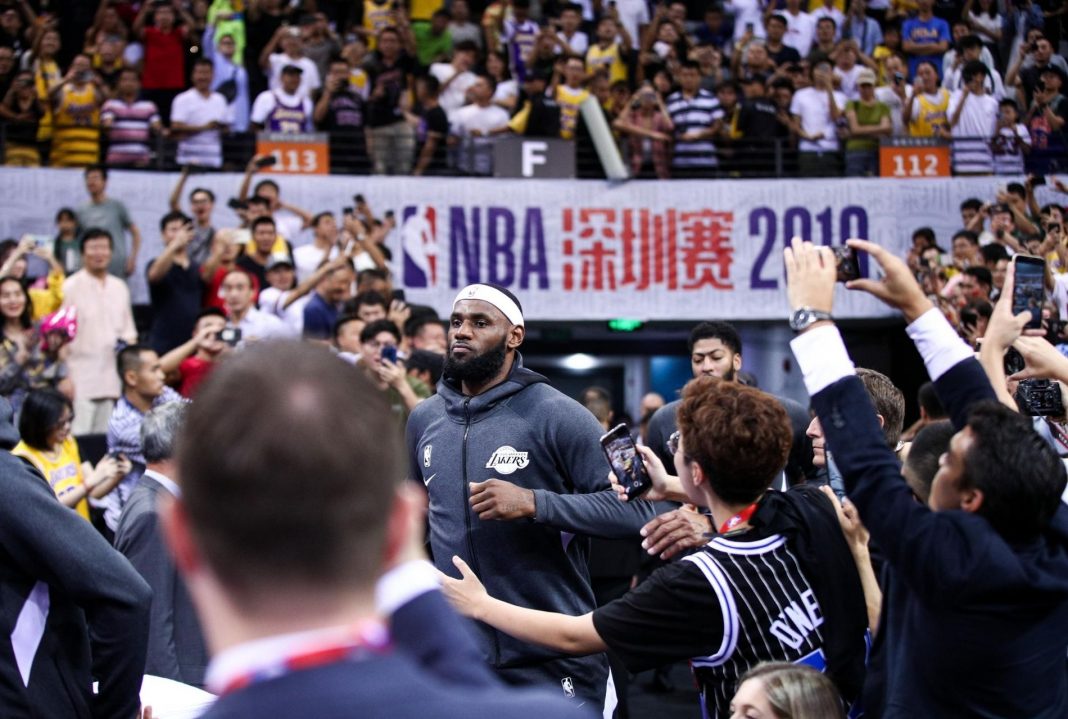 NBA public relations have been a complete disaster lately.

The league’s truncated conclusion to the season has been met with terrible ratings in part due to the anti-American anthem protests.

And one former NBA coach attacked America to try and excuse the horrific thing the NBA is doing.

Former Miami Heat and Orlando Magic head coach Stan Van Gundy stepped in it when he bashed America in order to protect the NBA for turning a blind eye to China’s numerous human rights abuses, including interning over 1 million Uyghur Muslims in concentration camps.

In my experience, screaming at someone that they are a racist when they are indeed NOT a racist & any post and/or research you do will show you those exact facts. Then I’m sorry, these people are not “educators”.. they are cowards and bullies.

This is a common leftist tactic.

Any criticism of left-wing authoritarian governments is always met with some false moral equivalence of how America is bad, too.

First of all, that’s no excuse for ignoring blatant human rights violations.

Several bigwigs in the NBA have opined politically on a number of issues, making their silence on China deafening.

LeBron James openly stumped for Hillary Clinton in 2016 when she appeared in his native Ohio; she tanked in the state polls shortly after.

James and members of the Golden State Warriors said they would refuse to visit Donald Trump at the White House if they won the NBA title.

Outspoken Warriors forward Draymond Green said the term “owner” connotes slavery (even though he listed himself as the owner of his company on Twitter), and the NBA stupidly adopted the title “governor.”

Raging anti-Trump head coaches Gregg Popovich and Steve Kerr had publicly and repeatedly taken shots at the president and his administration.

But all of that moral indignation was undercut by the fact the league turned a blind eye to stark human rights abuses in China.

Houston Rockets general manager Daryl Morey tweeted benign support for pro-freedom protesters in Hong Kong, and the Chinese Communist Party descended upon him like the plague.

Morey was brought to heel after almost getting fired.

James scolded Morey, and when Kerr was asked about the issue, he chose to deflect and blame America for mass shootings.

The crimes committed by the CCP have become even more stark, yet the NBA doesn’t want to upset it’s multi-billion-dollar trade partner.

Sports with Balls will keep you updated on any developments to this ongoing story.