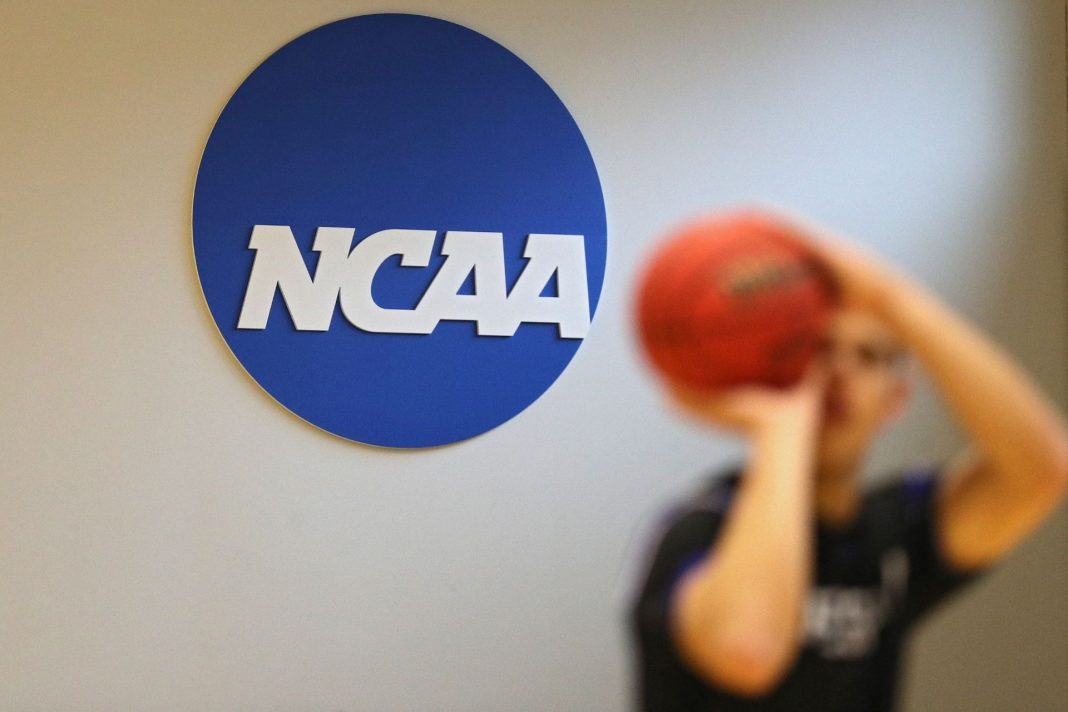 The NCAA is trying to force us all to accept transgenderism.

Just this week they announced that they will be punishing states that don’t agree with their radical policies.

But GOP states are fighting back against the NCAA’s attempt to force colleges to accept transgenders on their sports teams with this act.

The current political battle in sports is over transgenderism.

Female athletes used to be protected by Title IX to give them a chance to play sports in college.

But now the Left seems hell-bent on forcing colleges to accept biological men who claim they’re women into women’s sports.

And the NCAA is nothing more than a proxy for the Left’s agenda as they have made it clear that they will do everything within their power to force colleges to accept transgender athletes onto their teams.

Not only did the NCAA announce earlier this week that they will allow transgenders to play in sports of their opposite sex, but they also announced that they will ban championships from being played in states that try to protect the integrity of sports.

The NCAA release a statement saying:

When determining where championships are held, NCAA policy directs that only locations where hosts can commit to providing an environment that is safe, healthy, and free of discrimination should be selected. We will continue to closely monitor these situations to determine whether NCAA championships can be conducted in ways that are welcoming and respectful of all participants.

But that hasn’t stopped some Republican-controlled states from growing a pair and taking a stand against the NCAA.

First, the Texas Senate passed a bill banning biological males from playing in female sports just a couple days after the NCAA stated its support for transgenderism is sports.

Then the Florida House passed a similar bill banning biological males and females from playing for a sports team of the opposite biological sex.

It is the intent of the Legislature to maintain opportunities for female athletes to demonstrate their skill, strength, and athletic abilities while also providing them with opportunities to obtain recognition and accolades, college scholarships, and the numerous other long-term benefits that result from success in athletic endeavors and to promote sex equality by requiring the designation of separate sex-specific athletic teams or sports.

And this comes after Mississippi, Tennessee, Arkansas, and Idaho have already passed similar laws.

South Dakota passed a similar bill to all these other conservative states but it was ultimately vetoed by Governor Kristi Noem after she caved to public pressure.

In the long run, the NCAA might regret picking a battle with the states that have many of the best sports programs in the nation.