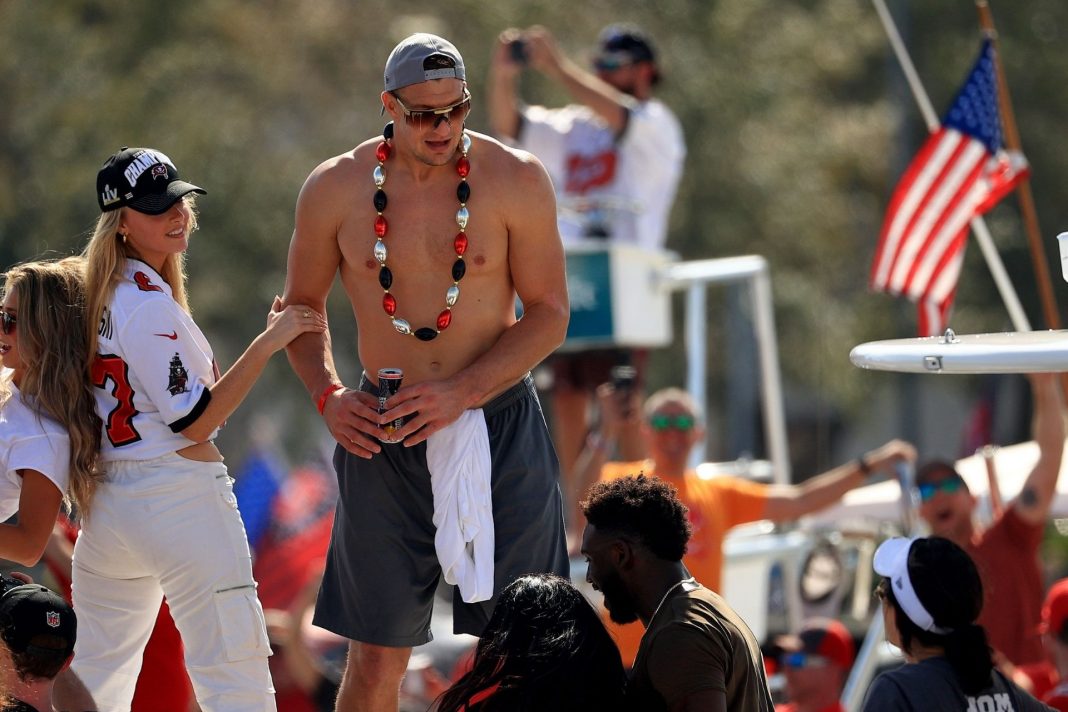 Kansas City played one of their worst games in years last weekend during the Super Bowl.

And as a result they were humiliated in the Super Bowl by Tom Brady, Rob Gronkowski, and the rest of the Tampa Bay Buccaneers.

But Gronkowski just added insult to injury to Kansas City after their loss and it can’t get much worse than this for the Chiefs.

Super Bowl LV will be remembered most for being the seventh Super Bowl win for Tom Brady.

But the Super Bowl should be remembered for the dismal performance by the Kansas City Chiefs.

First off, their defense played like garbage against Tom Brady.

The Bucs offense wasn’t flashy but was efficient enough to move the ball and score four touchdowns.

And more importantly, this is the first game since 2018 that the Chiefs didn’t score a touchdown.

Even Patrick Mahomes had a night to forget with this being the first game since September 29, 2019 without a touchdown.

And in true Gronk fashion, the pro-bowler tight end for the Buccaneers didn’t miss a chance to make fun of the Chiefs inability to score a touchdown.

While on The Late Late Show with James Corden, Rob Gronkowski and Corden talked about the famous streaker during the big game.

There were a couple guys on our team who were absolutely loving it. They were like ‘Yes! Yes! Yes!’ And I feel like that was exactly what we needed to complete the night, because the night was going so smooth. We were scoring. Our defense was dominating, everyone was playing super well, we’re up by a lot and all of a sudden here comes a streaker. And I was on the sideline like, ‘Yes, this is what we needed . . . this streaker’s amazing!’

And then Gronk continued taking his shot at the Chiefs inability to reach the end zone by saying, “He actually scored. The Chiefs didn’t. He scored. They should definitely sign him.”

You can see the conversation below:

"We're up by a lot and then all of a sudden – here comes a streaker! So I was on the sideline like yes, this is what we needed!" – @RobGronkowski on the pink-thonged Super Bowl streaker 😂

Not sure if anyone would take the streaker over Tyreek Hill during a game but maybe Gronk does have a point, at least he scored.