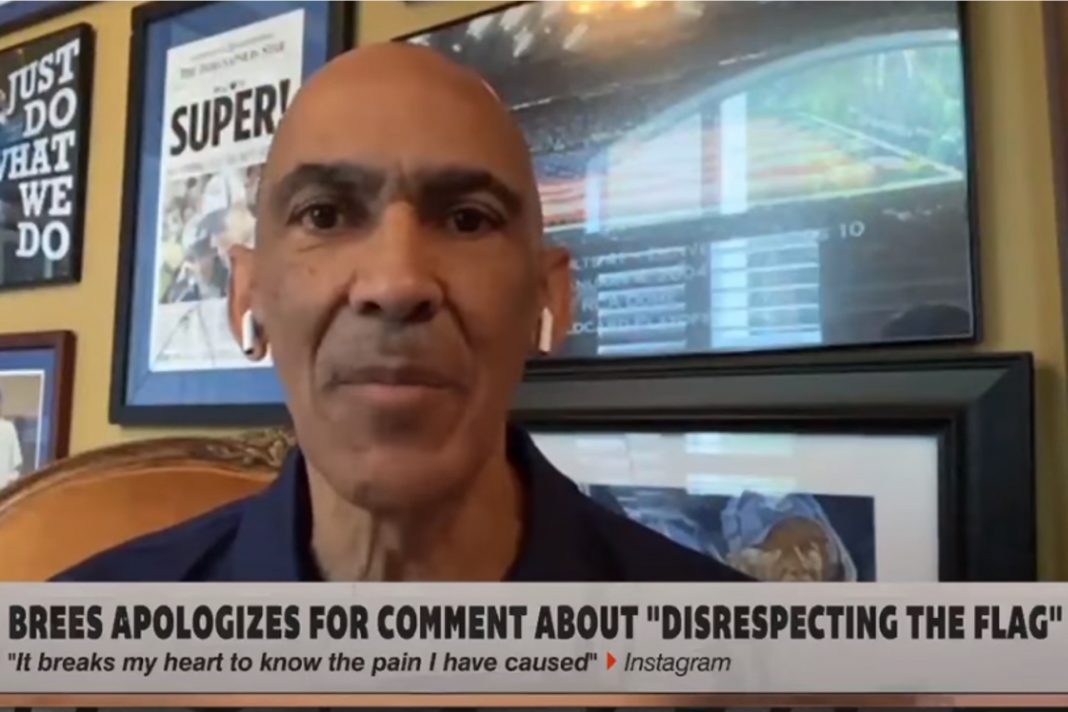 Drew Brees came under fire this week when responding to a question about the prospect of the anti-American anthem protests picking back up in the 2020 NFL season.

Speaking honestly and saying what many Americans would agree with, Brees said he “will never agree with anybody disrespecting the flag of the United States of America or our country.”

After intense backlash, Brees issued an apology on social media and to his team.

And when the outraged mob came for Drew Brees, ESPN’s political hacks drew their long knives to attack.

ESPN’s Maria Taylor came out swinging on First Take with Max Kellerman and Stephen A. Smith, questioning whether his apology was sincere or not.

“Obviously I look at when someone brings up the American flag and disrespect to our country as it pertains to Colin Kaepernick’s kneeling as a dog whistle,” Taylor said, while on with Stephen A. Smith and Max Kellerman. “I think that’s you basically saying that you want to ignore the racial injustice, you want to ignore everything that he’s already told you that he’s kneeling for, you want to ignore a peaceful protest and the actual reason why it’s taking place.”

“I wonder to myself, after watching that apology on Instagram, would Drew Brees do this if there was no backlash?” she continued. “And you just Max Kellerman already said that he’s had similar comments before. So my next question is: did your heart actually change? Because racism is a heart problem. And you have to have your heart in the right place.”

But Hall of Fame Coach Tony Dungy took a different tact, saying Drew Brees “can’t be afraid to say that.”

“We can’t just say anytime something happens that we don’t agree with, ‘Hey, I’m done with that and I’m done with this person,’ and that doesn’t make sense,” Dungy added. “We have to be better than that.”

What response to Brees do you agree with more? ESPN’s Maria Taylor or Tony Dungy?