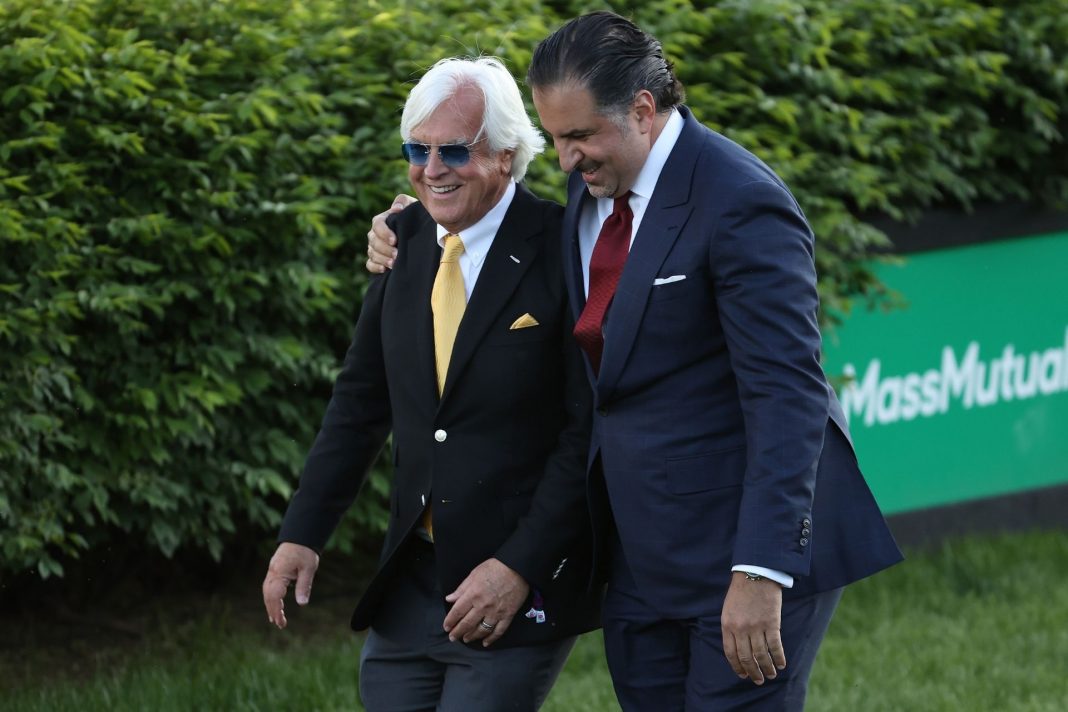 More often than not, when a professional athlete is caught taking performance enhancing drugs, they claim ignorance.

Either they didn’t know what they were taking was illegal, or they have no idea how it could have possibly found its way into their system.

Apparently, the same can be true for horse racing as Hall of Fame horse trainer Bob Baffert alluded to foul play as a major doping scandal threatens his career.

With a record seven Kentucky Derby wins to his name, not to mention the only two Triple Crown winners since 1978, Bob Baffert is considered one of the greatest horse trainers of all-time.

Basically, any time Baffert enters a thoroughbred into a race, betting on his horse to win is about as safe of a bet as there is.

However, just over one week after his latest horse, Medina Spirit, won him yet another Derby, Baffert broke some shocking news to the media.

On Sunday, Baffert announced that Medina Spirit had failed a post-race drug test, putting their win at the Kentucky Derby in serious jeopardy, and leaving many to speculate on whether or not the horse would be allowed to compete in this weekend’s Preakness Stakes.

At the time of his announcement, Baffert was adamant that there was no wrongdoing, and even alluded to the idea that something nefarious was going on.

“I got the biggest gut-punch in racing for something that I didn’t do,” Baffert said. “And it’s disturbing. It’s an injustice to the horse. […] I don’t know what’s going on in racing right now, but there’s something not right. I don’t feel embarrassed. I feel like I was wronged. We’re going to do our own investigation. We’re going to be transparent with the racing commission, like we’ve always been.”

“I’m not a conspiracy theorist,” Baffert continued. “I know everybody is not out to get me, but there’s definitely something wrong. Why is it happening to me? You know, there’s problems in racing, but it’s not Bob Baffert.”

According to Baffert, Medina Spirit tested positive for 21 picograms of the anti-inflammatory drug betamethasone, a level that the trainer said is slightly more than double the allowable amount.

It’s worth noting that while Baffert feels this is an “injustice,” Medina Spirit is his fifth horse to have failed a drug test in just over a year.

Also, the drug that Medina Spirit tested positive for is the same drug that was found in the system of another Baffert trained thoroughbred, Gamine, which finished third at last year’s Kentucky Oaks before being disqualified.

However, last month, Baffert won an appeals case before the Arkansas Racing Commission after receiving a 15-day suspension from Oaklawn Park after two of his horses that won in May, 2020 returned positive drug tests.

Those positive tests were for the painkiller lidocaine, which Baffert claimed the horses were exposed to inadvertently.

Shortly after Baffert’s announcement, Churchill Downs announced that they were immediately suspending the Hall of Fame trainer, and would be disqualifying Medina Spirit if the findings are upheld.

“To be clear, if the findings are upheld, Medina Spirit’s results in the Kentucky Derby will be invalidated and Mandaloun will be declared the winner,” Churchill Downs officials said in a statement.

The historic track went on to say that a failure to comply with the rules and medication protocols jeopardizes the safety of horses and jockeys, the sport’s integrity, and the Kentucky Derby’s reputation.

As of now, Medina Spirit is scheduled to compete in this weekend’s Preakness Stakes, but officials at Pimlico, the track that hosts the second leg of the Triple Crown, said they would be consulting with Maryland’s racing commission and that “any decision regarding the entry of Medina Spirit in the 146th Preakness Stakes will be made after review of the facts.”

Should Medina Spirit ultimately be disqualified, it would be the first Kentucky Derby winner to be disqualified for drug use since Dancer’s Image in 1968.

Issues with the treatment of thoroughbreds has been cause for controversy in the sport for years.

As such, racing commissions across the country, and the tracks themselves, have been cracking down on trainers who utilize drugs to push horses through injury and to their physical limit.

Bob Baffert is without a doubt the biggest name in horse racing, and if it is proven that he is involved in such a scandal, it will be a huge blow to the sport’s perception and integrity.

He’s obviously intent on fighting the allegations, and having already won an appeal earlier this year, there is some benefit of the doubt that can go his way.

At the same time, having five horses fail drug tests over the past year doesn’t exactly lend much credence to anything he says, especially when he starts mentioning “conspiracy theories.”

This is one of those situations that’s just going to have to play out before anyone can make any sweeping declarations about Baffert or the current state of horse racing.