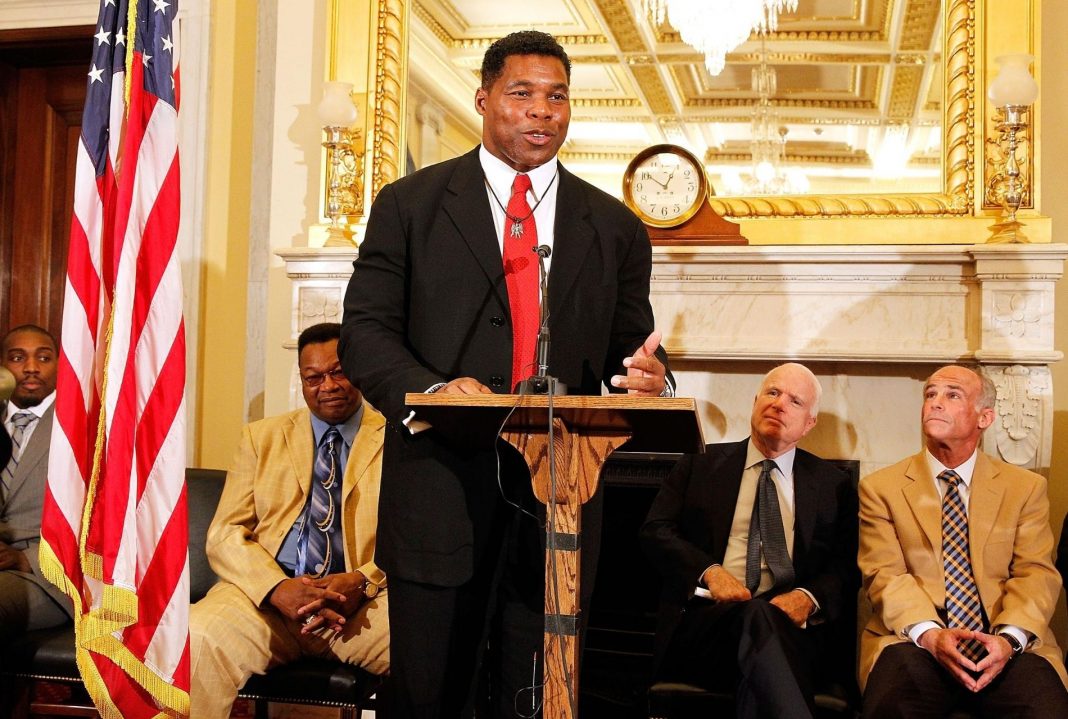 “America wake up,” Walker said in a recent Tweet, “if we love our Country, let’s speak up, stand up and protect it.”

And Walker went on to issue a stark warning to pro sports leagues about Black Lives Matter that all Americans need to hear.

In doing so, as Sports with Balls previously noted, they’ve alienated a large portion of their fan base.

Protesting during America’s national anthem rather than rising out of respect is now the default position for athletes in all the major sports leagues with the exception of the NHL.

But former NFL star Herschel Walker was stunned by what he saw taking place saying, “For the first time in a long time I stopped in the middle of my work-out because last night I saw something that really, really disturbed me. I saw a bunch of people holding a BLM sign burning the Holy Bible, burning the flag of the United States of America, also burning the cross.”

That’s when Walker called out the pro sports leagues for their support of this Marxist Black Lives Matter movement.

“And I started thinking that NFL, NBA, WNBA, MLB: Is this the people you are supporting right now, is it the movement, is it the organization, because I don’t think that’s right.”

He went on to defend Jonathan Isaac of the Orlando Magic who was attacked by sports media and the “woke” outrage mob on social media for standing during the national anthem.

“Why does a player need to decide who he is for?” Walker asked. “What BLM are you supporting? … The organization is not something that speaks for a lot of people.”

He went on to add, “I’m for ‘American Lives Matter’ because I’m an American.”