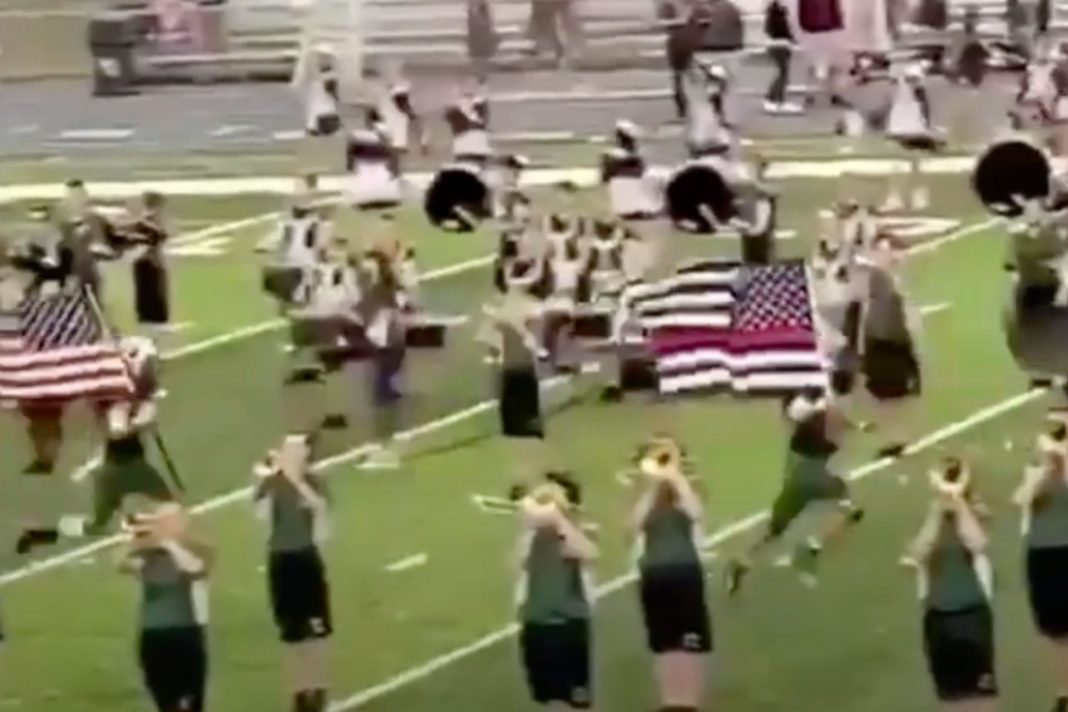 So-called “cancel culture” has now taken over most of the nation.

Even children are being attacked for actions that are not in line with what the radical socialists believe.

But when two high school football players got suspended from their team for this patriotic action, Americans were furious as they learned why.

Brady, who is a senior cornerback at Little Miami High School is the son of a police officer. He said that he was not trying to make any kind of political statement at all by carrying the Thin Blue Line flag before the game.

“I was just doing it to honor the people that lost their lives 19 years ago,” he said.

Brady said that he felt it was more important to honor the memories of first responders on 9/11 than it was to worry about suffering any possible consequences.

“Listen, I don’t care what my consequences are,” he told the station. “So long as my message gets across, I’ll be happy.”

Jarad, whose father is a firefighter, carried the Thin Red Line flag in honor of firefighters and EMTs.

He told WKRC that he was thinking about his father at the time.

“Because my dad is a firefighter, and if it had been him killed on 9/11, I would have wanted someone to do it for him.”

But, as simple, and undeniably American as their actions were, on Monday the two discovered they were receiving indefinite suspensions from the team.

Superintendent Gregory Power said he was sticking firmly to the decision.

“We can’t have students who decide to do something anyway after they’ve been told that they shouldn’t be doing it,” Power said.

He then made the bizarre argument that the flags honoring fallen first responders are divisive and were symbols of political controversy.

In a generic statement, the school district added, “Little Miami Local Schools is saddened to see this story take such a negative turn. While we understand these students’ desire to show their support of our first responders, they did not obtain permission from district officials. Administrators must act when students break the rules.”

There was a time when this patriotic act would not have been seen as either divisive or political.

Unfortunately, in an age where “woke” sports and “cancel culture” have taken over, only those carrying out unpatriotic acts like protesting the flag during America’s national anthem, etc. are celebrated by those in the national sports media.

Thankfully for Brady and Jared, after Americans learned of this outrage, the local Board of Education convened for an emergency meeting and decided to reinstate the two to their football team.