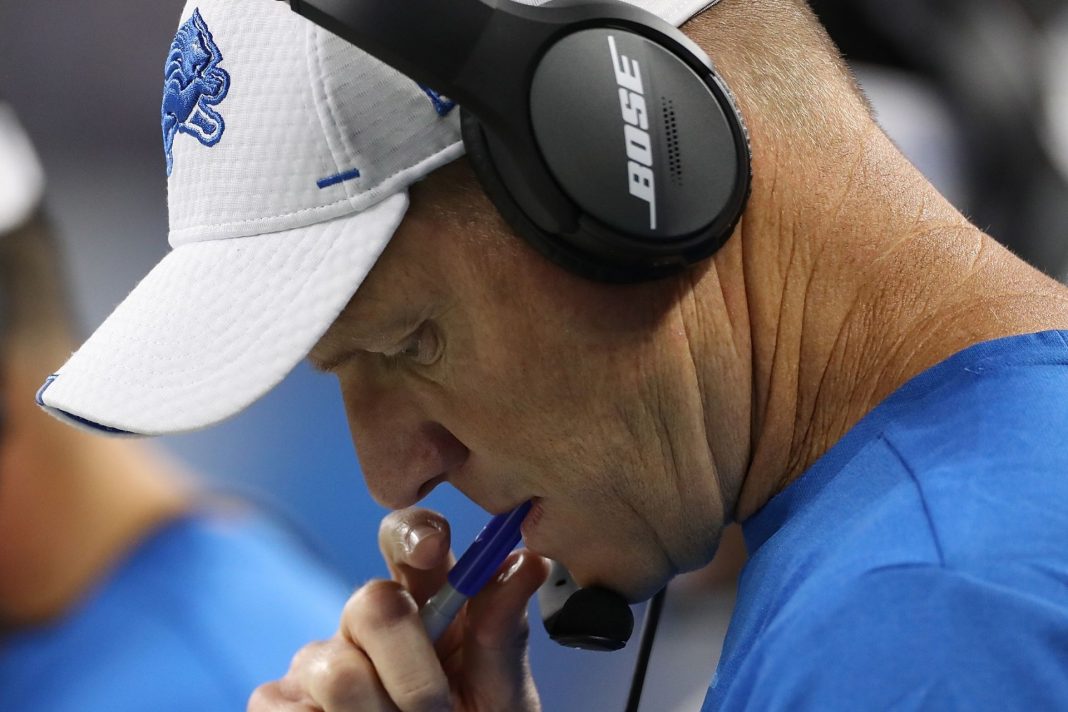 Throughout the 90 years the Detroit Lions have been a NFL franchise, their head coaching position has never exactly been an easy job for anyone to take on.

Of the 27 men who have held the title of head coach, just eight have finished their tenure with a winning record, so it’s easy to see why it’s generally a good bet that whoever the Lions hire will almost assuredly end their stint in disastrous fashion.

But while most of their past coaches’ greatest failures have come on the field – months or even years after their hiring – it only took the Lions’ newest victim head coach Darrell Bevell one day on the job for him to royally screw up.

Over the weekend, the Lions’ front office made the decision to move on from former Bill Belichick disciple Matt Patricia after a dismal 4-7 start to the season, and promoted offensive coordinator Darrell Bevell to interim head coach.

While the expectations for the Bevell-led Lions aren’t exactly high – we are talking about the Lions, afterall – most assumed he would simply finish out the year, while hopefully not embarrassing himself, or the team, anymore than any of their other head coaches have in the past.

Of course, as we now know, even those expectations were too high for Bevell, who took the opportunity of his very first press conference, on his first day on the job, to totally fall flat on his face as he told the world that his two daughters’ boyfriends had asked him for his blessing to marry his daughters the same weekend he was promoted.

What a weekend for Darrell Bevell. Not only did he get the interim HC job with the Lions, two of his daughters' boyfriends asked him for permission to marry his daughters.

Letting that bit of information out into the world might not have been that big of a deal in most situations, but that would only be true if either daughter had even the slightest clue their boyfriend had asked their father for his blessing.

Admittedly, once the laughter of how incredibly insane of a move it is to tell literally the entire world both of your daughters have a surprise proposal coming before they even know about it dies down, you do have to feel at least a shred of sympathy for Bevell in this situation.

It’s a virtual certainty that he has not only two daughters, but also a wife, who are all now incredibly angry with him, and they’ll undoubtedly all go nuclear on the man for weeks to come, ensuring he never lives this moment down.

This man is going to be dodging bullets at home for the rest of his life.

On the brightside for Lions fans, there’s zero chance Darrell Bevell can embarrass himself anymore than this as their head coach.