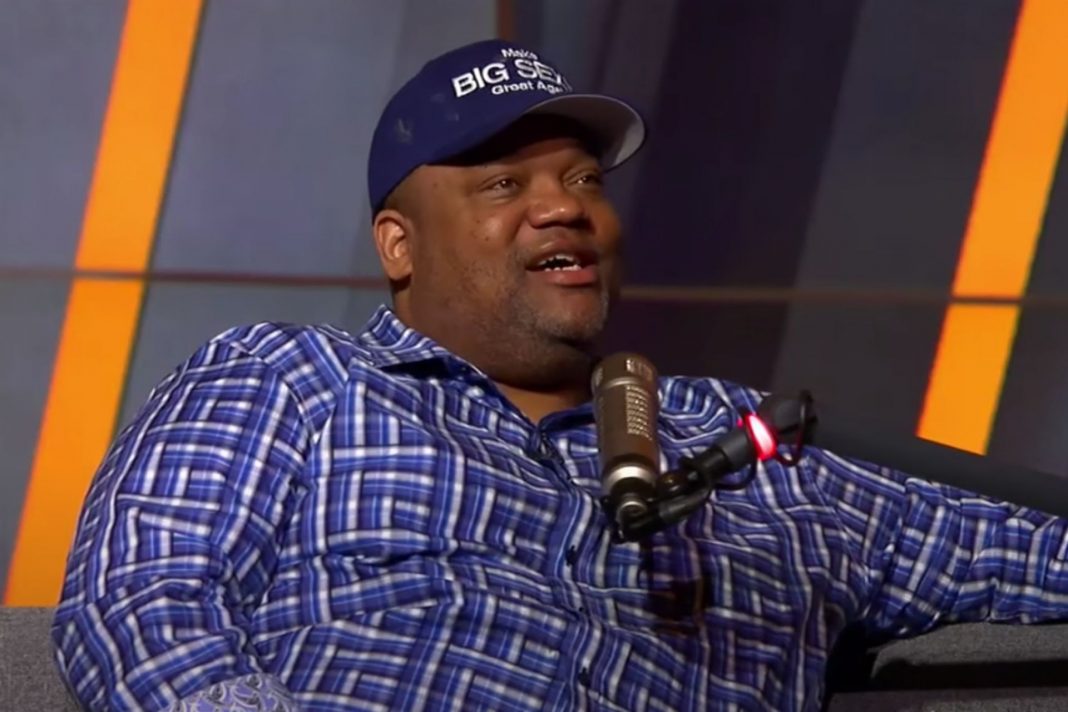 Sports writer Jason Whitlock has become a perpetual target of the Left.

Whitlock rejects the “woke” orthodoxy that has slowly taken over the sports world.

And Whitlock called out the huge problem dividing the country with just five words.

During the Thanksgiving break, Jason Whitlock filled in for Glenn Beck on his radio show, and he didn’t pull any punches in discussing the main problem that ails the country.

Whitlock pointed out that leftists today are using identity politics to divide the country.

During one of his monologues, Whitlock said, “Modern liberals today are the ideological descendants of the enslavers from 400 years ago.”

Calling them the “ideological descendants of the enslavers” drove home the point that the racists of yesteryear regarded skin color as the defining and most important characteristic of a person.

The modern Left does this today by grouping people based on race; skin color becomes political.

That’s why “woke” journalists and politicians might say that black conservatives and Republicans are not “politically black.”

Whitlock describes how liberal elites in academia, corporate media, and Hollywood define “blackness” based on politics, and those who don’t tow that line become targets of derision or excommunication.

He said, “If you don’t stick to a liberal point of view on all issues, you’re kicked out of the black race.”

Kentucky Attorney General Daniel Cameron was called a “sellout negro” on Saturday Night Live after not bringing homicide charges against the police officers in the Breonna Taylor case.

These are two of countless examples, and the leftist dogmatism extends beyond race.

Famed author J.K. Rowling likely agrees with the Left on 99% of issues, but she doesn’t believe men can become women, so she’s been thrown into the basket of deplorables.

Though Whitlock says he’s never voted, he’s a Christian who holds conservative values, and he sees that those values are being undermined by liberalism and secularism.

The cultural mandarins have been imposing their ideology on the masses for decades, and this is the basis for the divide in the country.

It’s identity politics at its worst, and the Left is only doubling down on these tactics.

Whitlock’s main point during his stint filling in for Beck is that the country needs to come together around Christian values – values that even nonbelievers live by – and American patriotism.

If not, not the radical Left will continue to rip the country apart, as they’ve successfully done to professional sports in 2020.