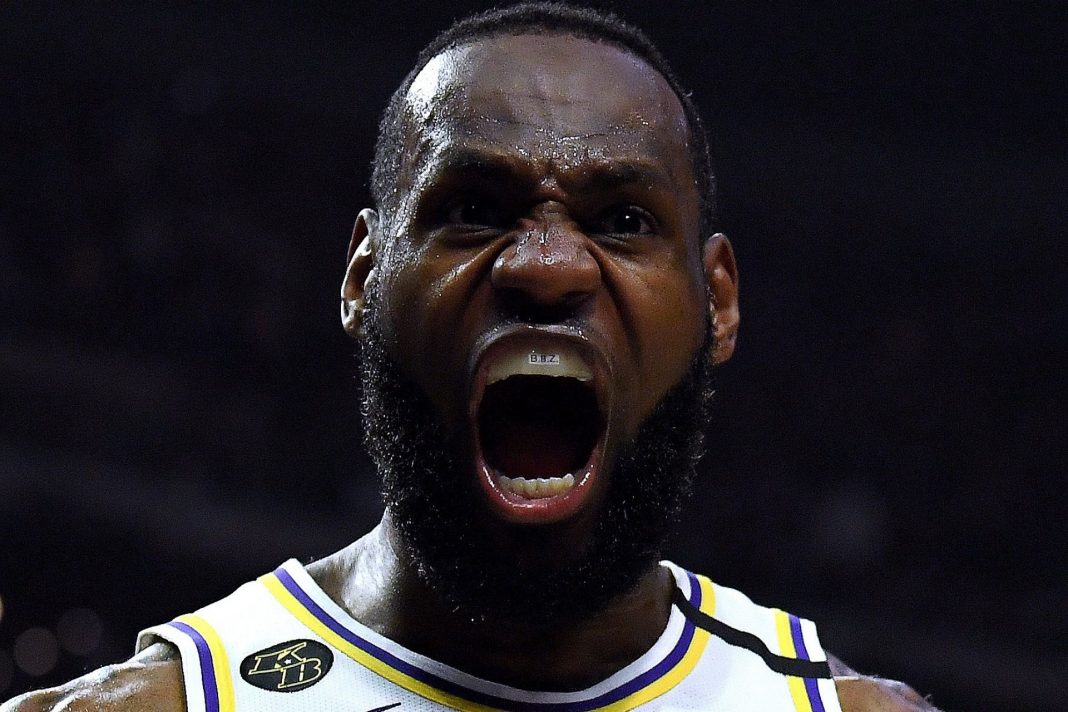 But sports writer Jason Whitlock isn’t afraid to go against the grain and call out James for his outrageous antics.

And Whitlock just torched James with a comparison that left him red with rage.

His goal of becoming a “global icon” has included a foray into Democrat politics.

Whitlock pointed out that James was prone to caustic posts on social media.

His example was James’s response to the Vice Presidential debate when a fly landed on Mike Pence’s head.

James neither knows nor cares about that because his foray into politics is simply to be a puppet for left-wing talking points.

“This is textbook Trump behavior. Remember two years ago when Trump called Haiti a ‘sh*thole’ country, and the mainstream media said his comment was proof of bigotry? Is LeBron’s IG post proof of bigotry? It’s certainly proof of immaturity and hypocrisy. LeBron fashions himself as a dignified statesman, role model, political activist and champion of racial equality.”

But James only sows chaos and creates animosity.

His comment that it’s “open season” on black people is flat-out irresponsible.

“He thinks he is the Most High. His ego is bigger than Trump’s. What’s worse is James’ hypocrisy is unlike anything we’ve seen from a public figure. He demonizes whites, the police, and this country as inherently racist while ensconcing himself and his family in multi-million-dollar white enclaves.”

Almost none of these leftists actually believe what they say.

If so, he would never allow his children to leave the house.

James and other athletes are doing the bidding of the Left; they stoke fear in people in order to drive people to the polls.

Meanwhile, Democrats continue to win elections without lifting a finger to help their constituents.

James is playing a role in tearing apart the country based on a narrative that he doesn’t even believe, and Whitlock is one of the few people in sports journalism willing to call him out.