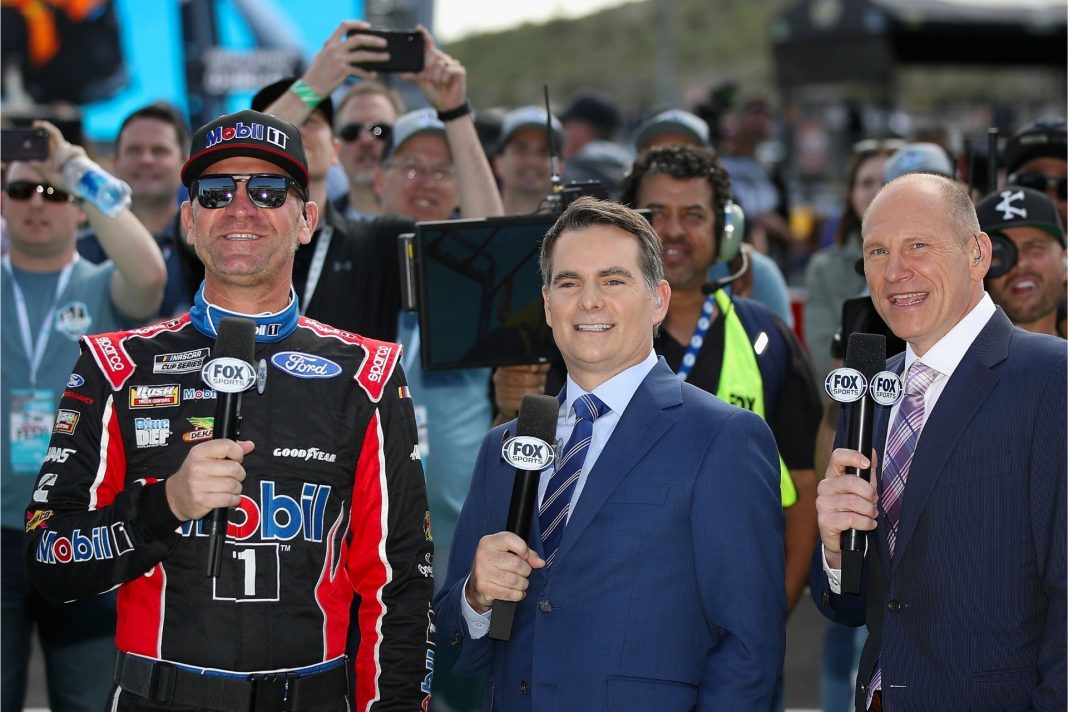 Just two weeks into the season, FOX Sports’ new-look broadcasting booth has made quite the impression.

Adding Clint Bowyer – one of the biggest personalities NASCAR has seen in years – to the existing duo of Mike Joy and Jeff Gordon, has brought new life to the FOX broadcast.

And Gordon and Bowyer’s latest Days of Thunder parody for FOX’s pre-race show proved just that, even if it did end badly for their rental cars.

Days of Thunder is arguably the greatest motorsports movie of all-time, and it certainly lays claim to that title amongst most of the NASCAR faithful.

Based on true stories from NASCAR legends like Dale Earnhardt and Rick Hendrick, Days of Thunder shows the raw emotion and unbridled competitiveness of the sport’s biggest stars like no movie before or since.

And one of the most iconic scenes that encapsulates all of that is the infamous rental car scene.

Truthfully, watching Cole Trickle and Rowdy Burns beating and banging in rental cars will always be awesome, even if the movie’s creators took creative liberties with the real life rental car story involving Earnhardt and Geoff Bodine that the scene is based on.

Regardless, prior to Sunday’s race at the Daytona Road Course, Jeff Gordon and Clint Bowyer recreated the famous Days of Thunder scene as part of the FOX pre-race show.

The two former Cup Series stars climbed behind the wheels of rental cars and took to the road course, spinning each other out, and doing whatever it took to get an edge.

In fact, at one point Gordon found his car’s headlight in his lap after a collision with Bowyer.

They 𝑑𝑒𝑠𝑡𝑟𝑜𝑦𝑒𝑑 two rental cars, but @JeffGordonWeb and @ClintBowyer made it to the broadcast booth.

Of course, it’s safe to say that while the two were undoubtedly having fun trading paint with one another, there’s little doubt that there was a little extra motivation involved in each collision.

After all, Bowyer and Gordon do have quite the history as rivals from their days of mixing it up in the Cup Series.

In fact, back in November 2012, in the next to the last race at Phoenix, the rivalry came to a head, when Gordon spun Bowyer out, effectively ending the latter’s chance at his first championship.

That on track altercation led to one of the biggest in-field fights in NASCAR history.

So, with their history in mind, watching Clint Bowyer and Jeff Gordon back on the track, battling it out in rental cars was quite the scene.

Besides, rubbing is racing.