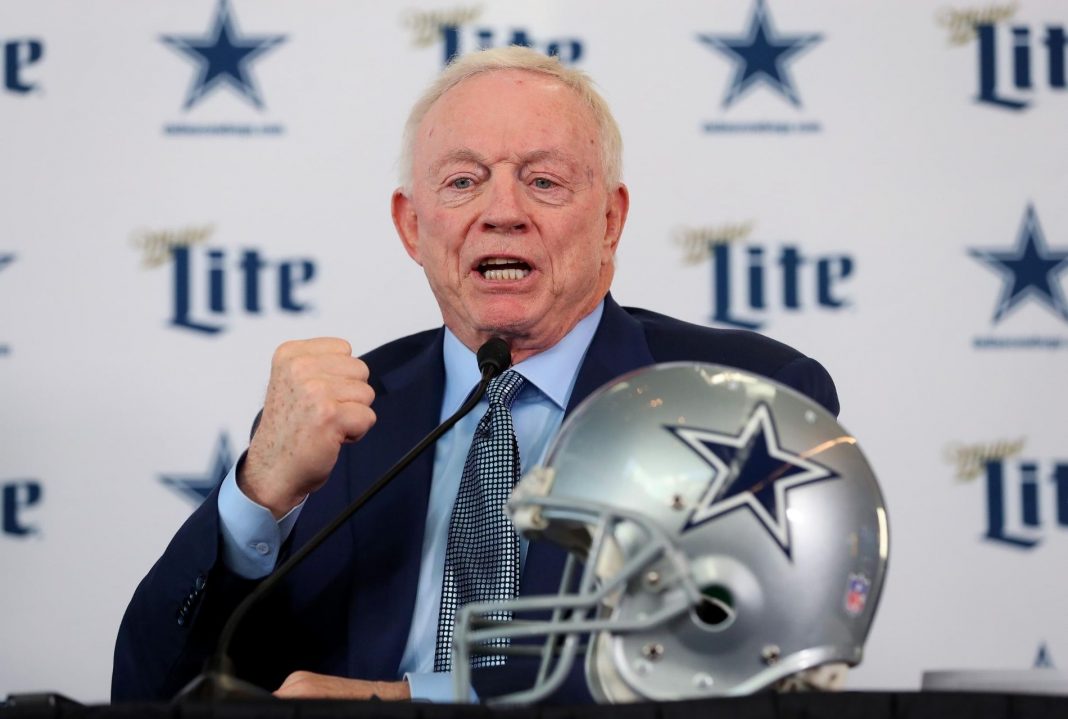 The anti-American anthem protests continue to be a disaster for the NFL.

But now Jerry Jones is single-handedly trying to save the NFL’s reputation from anthem protesters.

Dallas Cowboys owner Jerry Jones is looking for a compromise on the anti-American anthem protests that put a significant dent in the NFL’s viewership.

Jones wants to see players kneel before the anthem, then rise for the playing of the Star-Spangled Banner.

Jerry Jones is looking have an anthem comprise with his players. Kneel before the anthem, stand during the anthem as they did in Arizona a couple of years ago. He plans to talk to Dontari Poe about it#Cowboys

This is a noble effort from Jones, but it seems like the players are completely committed to empty gestures of wokeness.

There have been grumblings that many players will kneel as they did in 2017, the height of the ugly anthem protests.

It was also announced that the unofficial black “national anthem” Lift Every Voice and Sing will play.

If the players stand for that anthem while kneeling for the Star-Spangled Banner, it will be an extremely controversial scene for the NFL.

Sadly, there’s precedence for this.

During a 2017 NFL game played at Wembley Stadium in London, the Jacksonville Jaguars and Baltimore Ravens knelt for the American national anthem, then stood for God Save the Queen.

In a 2017 game in Mexico City, former Raiders running back Marshawn Lynch sat for the American anthem, then stood for the Mexican national anthem.

Professional sports leagues are playing a dangerous game by spitting in the face of fans who don’t want political messaging when they tune in for a game.

Most Americans appreciate the country and don’t want to see it run down by radicals and useful idiots.

Jerry Jones knows this is bad for business.

He even tried to get Donald Trump to stop tweeting about the players disrespecting the country.