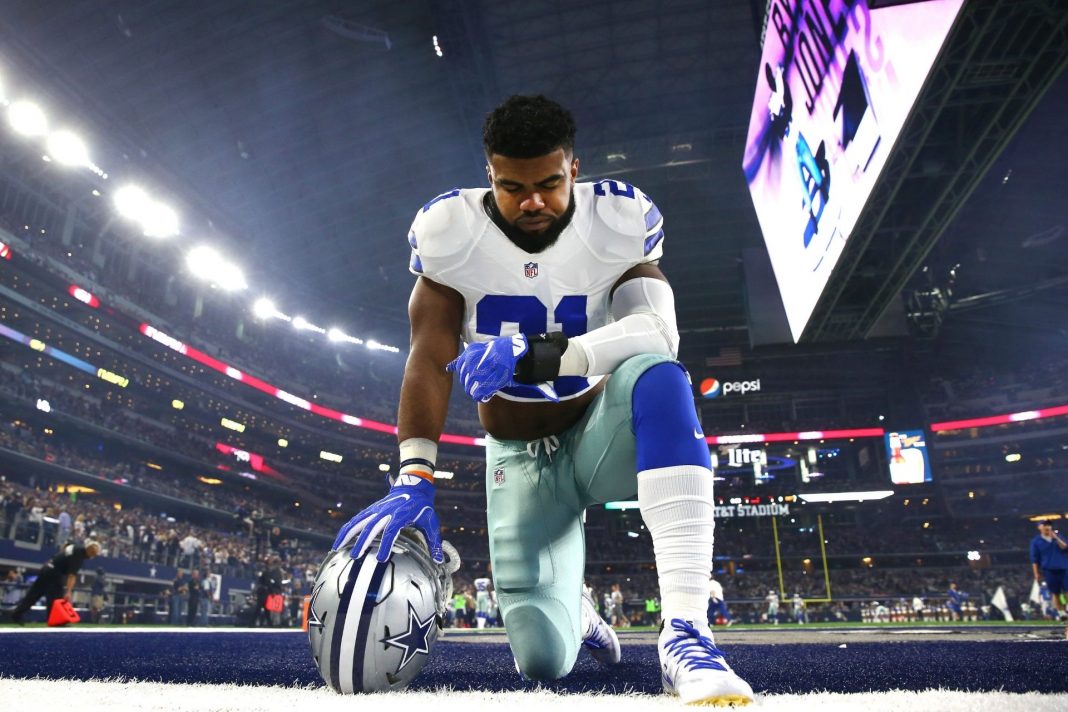 But many fans are worried football is following the NBA’s lead in constantly injecting politics where it doesn’t belong.

Dallas Cowboys owner Jerry Jones once said any player who “disrespects the flag” won’t be able to play.

While fans appreciated the statement, it made him a target of Black Lives Matter-supporting players and “woke” media members.

In an attempt to avoid a disaster during the height of the national anthem protests, Jones knelt with players on the field before the anthem trying to appease all sides.

Now there are indications several members of “America’s Team” may be protesting the national anthem in Week One.

Another Cowboys player went even further.

Defensive tackle Tyrone Crawford told reporters that players have been given the “green light” to protest.

And Crawford said he intends to “make a boom.”

“We want to do something that makes a boom and that’s something that people remember and actually creates some change and we’ll figure that out,” Crawford stated.

Any fans who were holding out hope that the NFL season would just be about football were just given a dose of 2020 reality.

Players will be allowed to wear the names of “victims of police violence” on their uniforms. Social Justice messages will be painted in the end zones.

And now players are planning their biggest anti-America protests yet.

The NBA is paying for its out-of-control players with a dramatic drop in ratings. Will the NFL suffer the same fate?