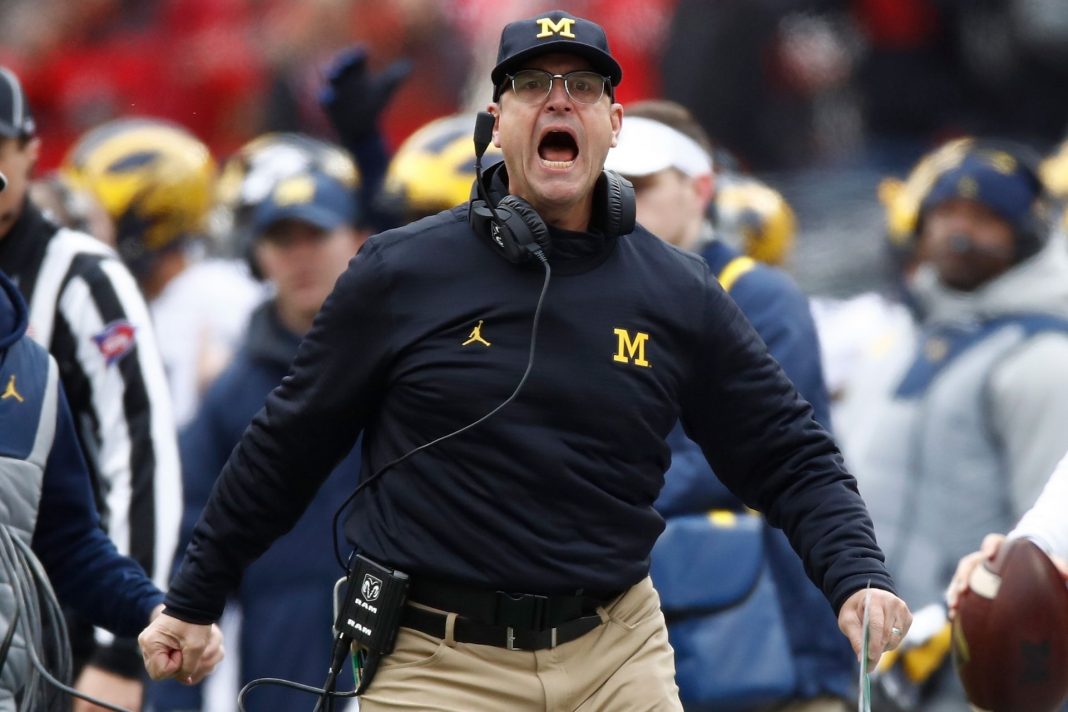 At the conclusion of the NFL regular season in 2014, Jim Harbaugh made a rather unprecedented decision to walk away from the NFL as a successful head coach and return to his alma mater, Michigan.

With a resume filled with success at both the collegiate and professional levels, there seemed to be no doubt that Harbaugh was the man destined to return the Wolverines to their glory days.

Now, after six seasons in Ann Arbor, reports indicate that Harbaugh is looking to make the jump back into the NFL in an effort to avoid this fate at Michigan.

Back in December of 2014, when Jim Harbaugh was introduced as the head coach at Michigan, few would have guessed that after six seasons we’d be staring down the barrel at a scenario such as this.

Harbaugh had previously taken Stanford from below average college football program to a BCS Bowl, and taken the San Francisco 49ers to three straight NFC Championships and a Super Bowl appearance in his first three seasons.

He was – and probably still is – one of the best coaches in football today.

Yet, for whatever reason, things just haven’t come together for Harbaugh at Michigan, and with each week that passes his record seemingly gets worse and worse.

Has time run out for Jim Harbaugh? pic.twitter.com/JA9o02A4f6

All of the fans, alumni, and boosters who once lauded Harbaugh as the savior of Michigan football are now calling for his job, and the school’s administrators are no longer in a position to just sit idly by.

He’s been a football coach for almost two decades, and he’s been a coach’s son even longer, so he knows how these situations generally unfold.

And always one to have a strategy for virtually every scenario, it seems as though Harbaugh is working behind the scenes to land a NFL job and leave Michigan before they can leave him.

“There’s a growing belief that he won’t be back for a seventh season, perhaps choosing to walk away before they make him run,” Pro Football Talk’s Mike Florio wrote. “Per multiple sources, Harbaugh is believed to be eyeing a return to the NFL, as a head coach.”

Florio also indicated that Harbaugh’s interest in the NFL isn’t a one way street, writing, “Another source said that teams are doing their homework on Harbaugh . . .”

Whether Harbaugh is fired by Michigan or he leaves for the NFL first, one thing is for sure – Jim Harbaugh will not be unemployed long, if at all.

Few coaches have had the success Harbaugh has experienced as a head coach, and there are teams at both levels who would love to have someone of his caliber leading their team for years to come.

His stint at Michigan is coming to a close one way or another, but we haven’t heard the last from Harbaugh.

He’ll be back on a sideline, most likely getting back to his winning ways, soon.