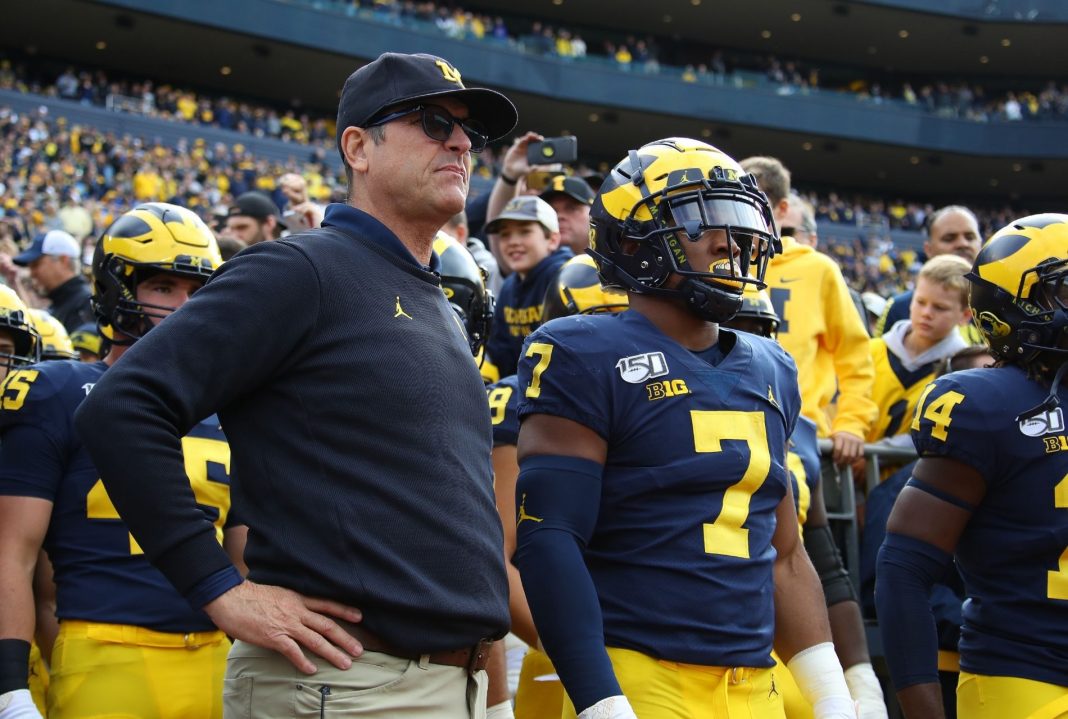 Big Ten fans have been desperate for any source of hope since Commissioner Kevin Warren prematurely torpedoed the season.

Warren’s move has led to an uprising and even lawsuits from players.

And now Michigan Coach Jim Harbaugh delivered some news to his team that every fan wanted to hear.

Coach Jim Harbaugh has reportedly told his team to prepare for the possibility of playing real football games in October.

Speaking to reporters during a Zoom press conference, offensive tackle Ryan Hayes revealed Coach Harbaugh said nothing is set in stone, but to prepare for games in a matter of weeks.

Some are speculating that Harbaugh’s comments are simply to keep his players motivated.

But there may be some truth to the October rumors.

On his radio show, Dan Patrick reported that the Big Ten may be targeted October 10 as a start date because that’s the latest they can begin play to have teams still be considered to make the College Football Playoffs.

Kevin Warren thought other Power Five conferences would follow his lead in canceling the 2020 season.

But now he’s in danger of being left in the dust.

By canceling the season, he’s thrown thousands of student-athletes’ statuses up in the air and jeopardized hundreds of millions of dollars in revenue for schools.

Not to mention ticking off some of the most loyal fans in the country.

In another positive sign for fall football, University of Michigan Associate Athletic Director of Football Sean Magee announced ZERO positive COVID tests out of 822 administered in the month of August.

Sports with Balls will continue to keep you up-to-date on this ongoing story.