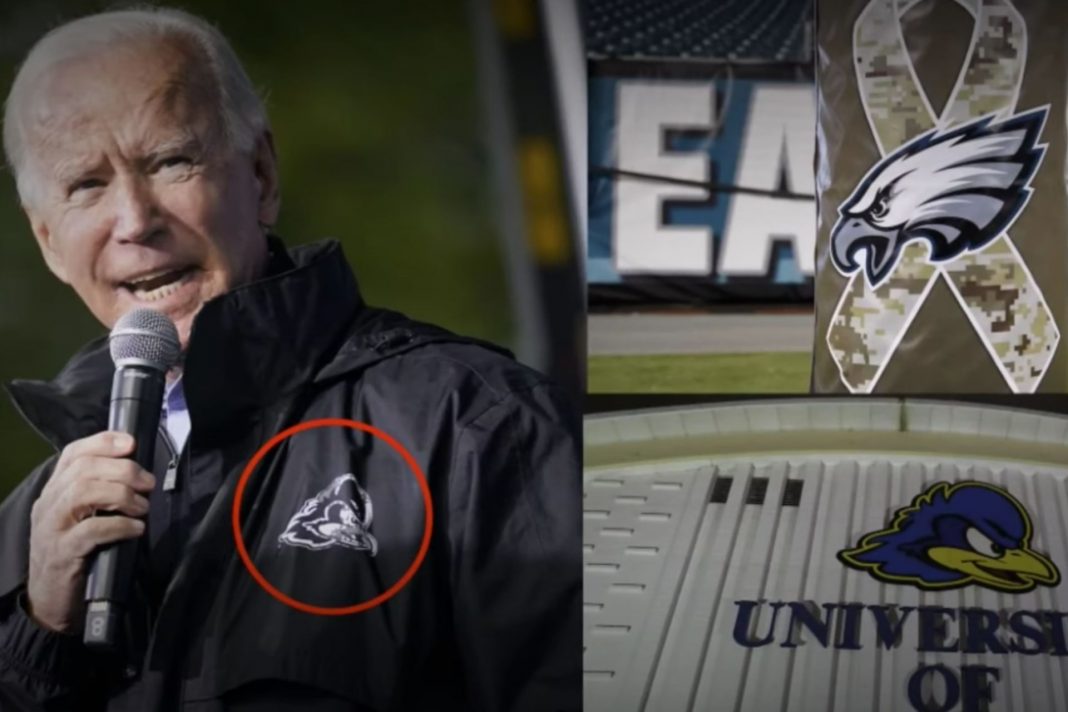 Pro football and the 2020 election intersected in the final days of the campaign.

That did not even end up going well for Joe Biden.

And that’s because Joe Biden made one comment about this NFL team that made everyone groan.

Pennsylvania is the pivotal state in the 2020 election.

On the Sunday before the vote, Joe Biden campaigned in Pennsylvania and alluded to the fact that when he was Senator from nearby Delaware, pundits used to joke was the third Senator from Philadelphia.

But the pandering to the local sports fan went downhill from there.

Biden – who many Americans believe suffers from dementia – pointed to the emblem on his jacket and claimed he was wearing Philadelphia Eagles gear during this campaign swing.

There was just one tiny problem with that.

Biden was wearing a jacket from his alma mater – the University of Delaware Blue Hens.

In this video, Joe Biden claims to be wearing a Philadelphia @Eagles jacket.

Biden has often mistaken what state he is in or who he is running against – he recently stumbled through a livestream with supporters claiming he was running against George Bush – so Biden not knowing the difference between the University of Delaware Blue Hens and the Philadelphia Eagles was not that surprising.

The clear and obvious mental decline Biden suffers from is one reason so many Americans are skeptical about his ability to competently serve as President.

Politicians always try to win votes anyway they can.

Showing support for the local sports teams is a tried and true method of campaigning.

But in Joe Biden’s case – and because of his declining mental faculties – it backfired spectacularly.