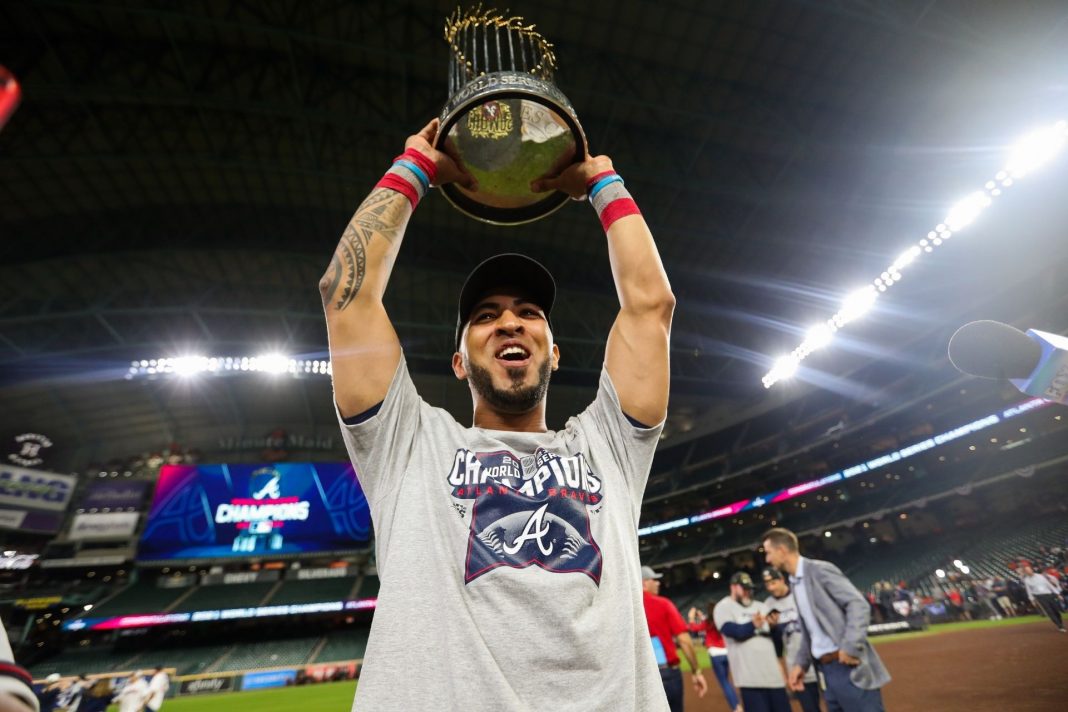 That turned out to be another Biden bungle.

And Joe Biden’s night went from bad to worse when this World Series clincher was final.

This past April, Joe Biden demanded Major League Baseball yank the 2021 All Star Game out of Atlanta over the state of Georgia’s new voter ID law.

Woke MLB Commissioner Rob Manfred complied and the majority black city of Atlanta lost out on $100 million dollars in economic benefits because of baseball’s caving to the woke outrage mob.

But the city of Atlanta got the last laugh as the Braves scored a victory for the good guys by defeating the Houston Astros 4 games to 2 in the 2021 World Series for the franchise’s second title since moving to Atlanta.

Deprived of the ability to steal signs with computers and trash cans, the Astros proved an ordinary lineup as the Braves won the clinching game 7 to 0 in Houston.

“I’m kind of trying to tell you guys things of how I feel because I don’t really feel anything yet,” Braves star first baseman Freddie Freeman told reporters in the post-game press conference. “It’s going to hit hard soon. I don’t know when. Maybe it’s when we get to see everybody in Atlanta.”

Baseball proved to be the latest American institution to fall under the Left’s thrall.

But while the executives may pander to the woke Left, the Braves winning the World Series proved to be the sweetest revenge for a city that found itself the victim of the latest example of pro sports leagues virtue signaling for the woke Left.

WATCH as Braves fans mercilessly boo MLB Commissioner Rob Manfred as he delivers the Commissioner’s trophy to the Braves: