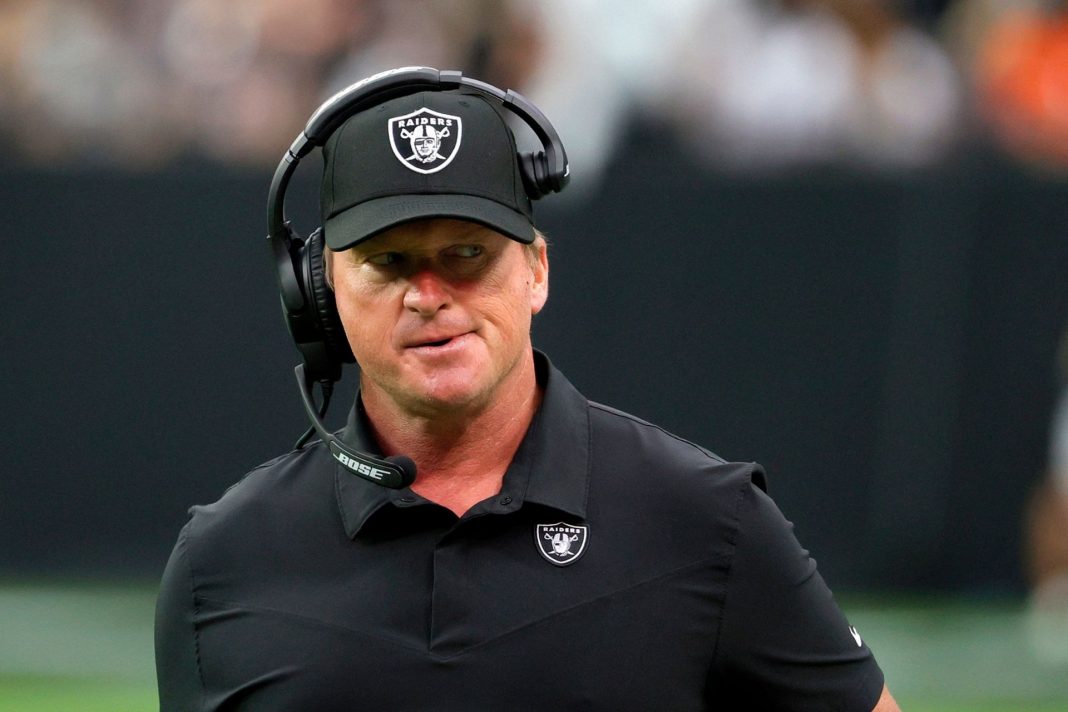 The NFL and the woke outrage mob were hell bent on making an example out of Jon Gruden over a few emails.

But they aren’t ready for the storm they are about to get as Gruden has never been one to take things lying down.

And Jon Gruden has put the NFL on notice that he isn’t going to take his banishment without a fight.

Of all the crap the NFL has tried to pull over the past several years to pacify the woke outrage mob, this by far is the worst action yet.

Jon Gruden was one of the most liked coaches in the NFL.

The man had a way to communicate with players, the media, and the fans that very few in the NFL had.

But now over a few emails about black players and Biden, now he must be banished from the league.

Here is the opening statement made by #Raiders GM Mike Mayock, the first by a member of the team's front office since Jon Gruden resigned. pic.twitter.com/3sxfzNxU05

The league is trying its best to make it about diversity.

But we all know that is a bunch of crap.

The NFL has a bunch of rappers performing at the halftime show for the Super Bowl this year who throw around the n-word more than they use contractions.

All this is really about his stance on Biden.

Of all the things uncovered in these Jon Gruden emails, his quote on Joe Biden in 2012 is fairly funny pic.twitter.com/LS9NXEG2Hn

But the league bit off more than they can chew with this one.

Gruden has never been one to take hits on the chin without throwing back some punches.

Even his whole coaching style is based on the ground and pound style of play.

And Gruden has finally commented on his firing.

Gruden was interviewed about his firing by HBO and he claimed, “People who know me know what I stand for for 58 years. I have a resume of 58 years. The truth will come out.”

The piece by HBO stated that Gruden seems determined to make his presence known in the future.

The story read, “’Maggie Burbank, who produced the story that we just did on Mark Davis, she actually called Gruden and he picked up the phone, much to I think her surprise,’ Kremer said. ‘And he’s still in Las Vegas . . . He says he’s letting the dust settle. He said, ‘People who know me know what I stand for for 58 years. I have a resume of 58 years.’ He said, ‘The truth will come out.’ It’s certainly cryptic.”

Hopefully Gruden will follow through and expose the woke Leftists who run the NFL as a bunch of hypocrites.